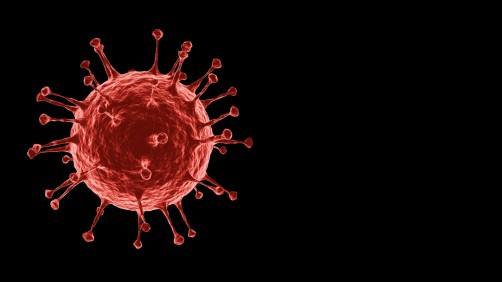 A new strain of the coronavirus in Southern California, first reported last month by Cedars-Sinai, is rapidly spreading across the country and around the world as travelers apparently carry the virus with them to a growing list of global destinations, according to new research published today in the Journal of the American Medical Association (JAMA).

The strain, known as CAL.20C, was first observed in July 2020 in a single Los Angeles County case, as Cedars-Sinai earlier reported. It reemerged in October in Southern California and then quickly began spreading in November and December, corresponding with a regional surge in coronavirus cases during the holidays.

The strain now accounts for nearly half of current COVID-19 cases in Southern California--nearly double the percentage in the region compared to just a month ago, according to the Cedars-Sinai research.

While CAL.20C has expanded quickly to the local population, it also has spread to a total of 19 U.S. state plus Washington, D.C. and six foreign countries, the Cedars-Sinai investigators report.

Travelers from Southern California appear to be carrying CAL.20C to other states and parts of the world, according to the JAMA study's co-senior author, Jasmine Plummer, PhD, a research scientist at the Cedars-Sinai Center for Bioinformatics and Functional Genomics and associate director of the Applied Genomics, Computation & Translational Core at Cedars-Sinai.

"CAL.20C is moving, and we think it is Californians who are moving it," Plummer said.

Los Angeles International Airport (LAX) has long been among the busiest in the U.S., ranking #2 in total passengers boarded in 2019, according to the U.S. Department of Transportation. While air traffic across the U.S. has plummeted in the last year during the pandemic, about 2 million domestic and international passengers still traveled through LAX each month in November and December 2020.

LAX is a key U.S. gateway for a number of the foreign destinations, including Australia, and New Zealand, where CAL.20C now is found. Several Western states that have the strain, including Arizona, Nevada and New Mexico, are popular vacation destinations for Southern Californians.

It is not clear whether CAL.20C might be more deadly than current coronavirus strains, or whether it might resist current vaccines. Cedars-Sinai investigators are conducting new, collaborative research to find the answers.

CAL.20C is defined by five recurring variants in the SARS-CoV-2 virus that causes COVID-19, including the L452R variant that was earlier reported by the California Department of Public Health. It is distinct from other strains present in the U.S., including the United Kingdom's B.1.1.7, and South Africa's B.1.351.

"New variants do not always affect the behavior of a virus in the body. But we are interested in the CAL.20C strain because three of

its five variants involve the so-called spike protein, which enables the SARS-CoV-2 virus to invade and infect normal cells," said the JAMA study's other co-senior author, Eric Vail, MD, assistant professor of pathology and director of molecular pathology in the Department of Pathology and Laboratory Medicine at Cedars-Sinai.

Although the pace of new coronavirus cases has slowed recently, Los Angeles County remains one of the nation's pandemic hot spots. Through Feb. 6, the county had reported more than 1 million COVID-19 cases and more than 18,000 deaths since the start of the pandemic.

Cedars-Sinai investigators are tracking the rise and spread of CAL.20C using an advanced technique known as next-generation sequencing to analyze the genes of the viruses. Their research draws on virus samples collected from Cedars-Sinai patients who tested positive for coronavirus, along with analysis of random samples of SARS-CoV-2 viruses in publicly available databases—to which Cedars-Sinai also contributes.

"This study is the latest Cedars-Sinai initiative to contribute a major finding to the international effort to address the COVID-19 pandemic," said Jeffrey A. Golden, MD, vice dean of research and graduate education and director of the Burns and Allen Research Institute at Cedars-Sinai. "Among other accomplishments, our investigators have shown how the SARS-CoV-2 virus can directly attack the heart. They have uncovered immune dysfunction in coronavirus patients who develop respiratory failure and co-authored high-profile papers reporting results of nationwide clinical trials involving remdesivir and antibody treatments for COVID-19."

Disclosure: Eric Vail accepts speaking fees from Illumina, a company that manufactures sequencing technologies used in this study, on topics outside the scope of this study.