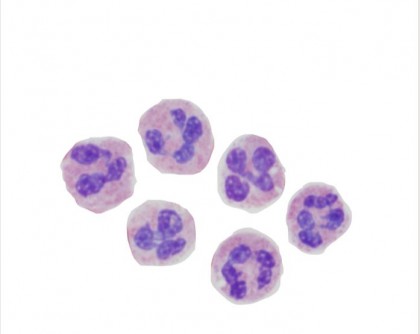 A study led by UT Southwestern and Children’s Health researchers defines parameters for the number of white blood cells that must be present in children’s urine at different concentrations to suggest a urinary tract infection (UTI). The findings, published recently in Pediatrics, could help speed treatment of this common condition and prevent potentially lifelong complications.

UTIs account for up to 7 percent of fevers in children up to 24 months old and are a common driver of hospital emergency room visits. However, says study leader Shahid Nadeem, MD, assistant professor of pediatrics at UTSW as well as an emergency department physician and pediatric nephrologist at Children’s Medical Center Dallas, these bacterial infections in infants and toddlers can be difficult to diagnose because their symptoms are similar to other fever-causing conditions.

If a diagnosis is delayed, he explains, a UTI can develop into a serious infection that can cause lasting consequences. For example, UTI-related kidney scarring has been linked with hypertension and chronic kidney disease later in life.

To diagnose a UTI, doctors must culture a urine sample and wait for it to grow telltale bacteria in a petri dish containing nutrients. However, says Nadeem, this process can take up to two days, delaying treatment. Consequently, he and other doctors typically rely on testing urine for a white blood cell-linked protein known as leukocyte esterase (LE), then confirm the presence of white blood cells – a sign of immune activity – by looking for them in urine under a microscope.

To determine these parameters, Nadeem and his colleagues searched medical records of children younger than 24 months old who were brought to the emergency department at Children’s Medical Center between January 2012 and December 2017 with a suspected UTI and had both a urinalysis – in which their urine concentration and the presence of LE and white blood cells were assessed – and a urine culture. The search turned up 24,171 patients, 2,003 of whom were diagnosed with a UTI based on urine culture.

For each of these concentration groups, leukocyte esterase remained constant, says Nadeem – suggesting that it’s a good trigger for analyzing urine for the presence of white blood cells.

Knowing how many white blood cells tend to be present in urine samples at different concentrations in children with UTIs could help physicians start treating these infections before they receive urine culture results, he adds, giving relief to patients and their parents and preventing complications.

“The earlier we can start treatment, the better it is for these young patients,” Nadeem says. “Our results add more information to physicians’ toolboxes to make this decision.”

4 Comments on "Speeding Treatment for Urinary Tract Infections in Children"