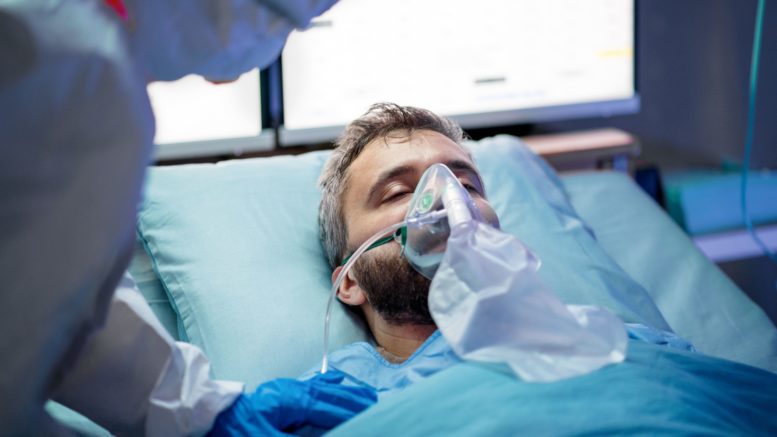 The amount of a SARS-CoV-2 genetic material—viral RNA—in the blood is a reliable indicator in detecting which patients will die of the disease, a team led by Université de Montréal medical professor Dr. Daniel Kaufmann has found.

The finding is published today in Science Advances. Kaufmann and his team did the work at the CRCHUM, the research arm of UdeM’s teaching hospital, the Centre hospitalier de l’Université de Montréal.

“In our study, we were able to determine which biomarkers are predictors of mortality in the 60 days following the onset of symptoms,” said Kaufmann, the study’s co-lead author alongside CRCHUM research colleagues Nicolas Chomont and Andrés Finzi.

“Thanks to our data, we have successfully developed and validated a statistical model based on one blood biomarker,” viral RNA, Kaufmann said.

Despite advances in the management of COVID-19, doctors have found it hard to identify patients most at risk of dying of the disease and so be able to offer them new treatments. Several biomarkers have been identified in other studies, but juggling the profusion of parameters is not possible in a clinical setting and hinders doctors’ ability to make quick medical decisions.

Using blood samples collected from 279 patients during their hospitalization for COVID-19, ranging in degrees of severity from moderate to critical, Kaufmann’s team measured amounts of inflammatory proteins, looking for any that stood out.

At the same time, Chomont’s team measured the amounts of viral RNA and Finzi’s the levels of antibodies targeting the virus. Samples were collected 11 days after the onset of symptoms and patients were monitored for a minimum of 60 days after that.

The goal: to test the hypothesis that immunological indicators were associated with increased mortality.

“Among all of the biomarkers we evaluated, we showed that the amount of viral RNA in the blood was directly associated with mortality and provided the best predictive response, once our model was adjusted for the age and sex of the patient,” said Elsa Brunet-Ratnasingham, a doctoral student in Kaufmann’s lab and co-first author of the study.

“We even found that including additional biomarkers did not improve predictive quality,” added the young researcher, whose work benefited from an UdeM COVID-19 Excellence Grant.

It made no difference which hospital the patients were treated at, nor which period of the pandemic they fell into: in all cases, the predictive model worked. Now Kaufmann and his colleagues want to put it to practical use.

“It would be interesting to use the model to monitor patients,” he said, “with the following question in mind: when you administer new treatments that have proven effective, is viral load still a predictive marker of mortality?”