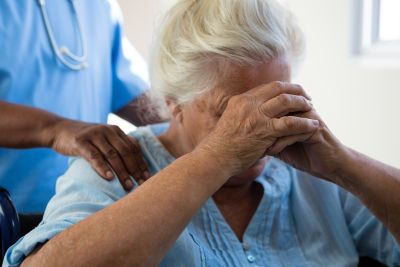 Nursing homes with Black residents had higher rates of COVID-19 infection and deaths during the first wave of the pandemic compared to those with no Black residents, according to new research from Columbia University School of Nursing.

“It is likely that attributes of place, such as resources, services, and providers, important to equitable care and health outcomes are not readily available to counties where nursing homes have greater proportions of Black residents. Structural bias may underlie these inequities,” conclude professor Patricia Stone, PhD, director of the Center for Health Policy at Columbia Nursing, and her colleagues in their report, published in April’s issue of the Journal of the American Medical Directors Association.

The pandemic has disproportionately affected nursing homes with a high proportion of Black residents, Stone and her team note. To further investigate the relationship between a nursing home’s share of Black residents and its burden of COVID-19 illness and death, they looked at nearly 11,600 nursing homes that reported data to the Centers for Disease Control and Prevention and were also included in publicly available long-term-care databases for mid-January to mid-June 2020.

When the researchers took county-level factors into account, such as COVID-19 mortality rates within a given county, along with whether it was in a rural or urban setting, these differences nearly disappeared, suggesting that some local factor or factors explain the worse outcomes for nursing homes with more Black residents.

To address these disparities, Stone and her colleagues say, it will be necessary to invest in “infrastructure, social services, healthcare, education, housing, and neighborhoods” in the Black communities where nursing homes are located. They also recommend increasing Medicaid reimbursement, making sure these funds go toward resident care, and making more qualified medical and non-medical staff available, particularly in rural areas.