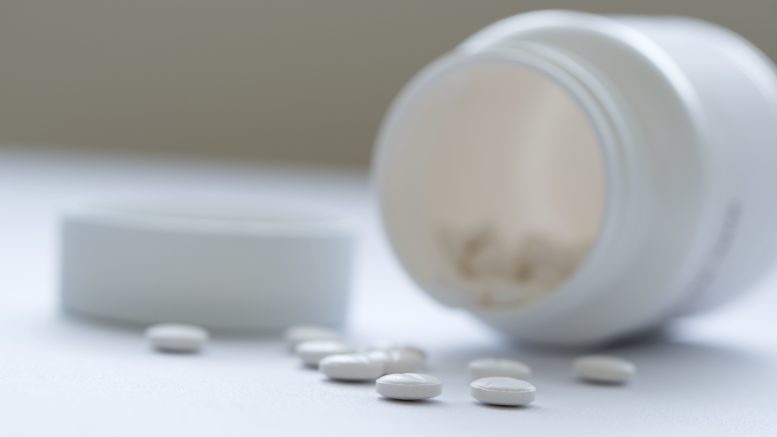 A new study by investigators from Brigham and Women's Hospital examines changes in prescription patterns in the United States during the COVID-19 pandemic.

In an exploratory analysis of data from GoodRx used to generate national estimates, Brigham investigators found prescriptions of the anti-malarial drug chloroquine and its analogue hydroxychloroquine dramatically surged during the week of March 15, likely due to off-label prescriptions for COVID-19. Results of the study are published in JAMA.

"There have been indications that hydroxychloroquine prescribing had increased and shortages had been reported, but this study puts a spotlight on the extent to which excess hydroxychloroquine/chloroquine prescriptions were filled nationally," said corresponding author Haider Warraich, MD, an associate physician in the Division of Cardiovascular Medicine at the Brigham. "This analysis doesn't include patients who were prescribed HCQ in a hospital setting -- this means that patients could have been taking the drugs at home, without supervision or monitoring for side effects."

Chloroquine is an anti-malarial drug and its analogue, hydroxychloroquine, is used to treat autoimmune diseases such as lupus or rheumatoid arthritis. Both drugs are considered safe and effective for these indications. Laboratory testing has suggested that the drugs may also have antiviral effects, and, given their relatively low cost, there has been much interest in their potential effectiveness against COVID-19. However, a study published last week by Brigham researchers and collaborators found that, in an observational analysis, COVID-19 patients who were given either drug (with or without an antibiotic) did not show an improvement in survival rates and were at increased risk for ventricular arrhythmias.

For the current analysis, Warraich and colleagues looked at prescribing patterns for hydroxychloroquine/chloroquine as well as many other commonly prescribed drugs. These included angiotensin-converting-enzyme-inhibitors (ACEi) and angiotensin-receptor blockers (ARBs), both of which are prescribed for patients with hypertension or heart failure, as well as the antibiotic azithromycin, and the top 10 drug prescriptions filled in 2019. The team compared the number of filled prescriptions for each drug to the number of prescriptions filled last year over a 10-week period from Feb. 16 to April 25.

The team found that fills for all drugs, except the antibiotic amoxicillin and the pain reliever combination of hydrocodone/acetaminophen, peaked during the week of March 15 to March 21, 2020, followed by subsequent declines. During this week, hydroxychloroquine/chloroquine fills for 28 tablets increased from 2,208 prescriptions in 2019 to 45,858 prescriptions in 2020 (an increase of more than 2,000 percent). Over the full 10 weeks, there were close to half a million excess fills of hydroxychloroquine/chloroquine in 2020 compared to the year before.

"During this pandemic, there has been both good information and misinformation about benefits and potential harms of common medications like hydroxychloroquine, and there had been conjecture that proven medications for heart failure may be harmful in this patient population," said Warraich. "One positive finding is that we didn't see a stark reduction in prescription fills for routine, chronic care, but our findings for HCQ are concerning."