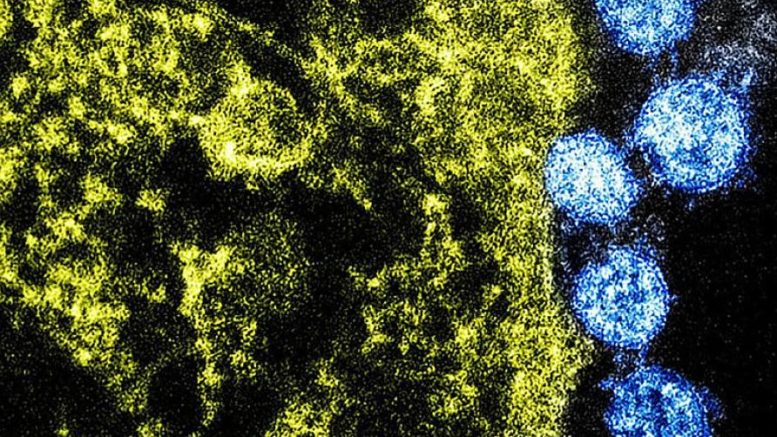 Being of an older age, showing signs of sepsis, and having blood clotting issues when admitted to hospital are key risk factors associated with higher risk of death from the new coronavirus (COVID-19), according to a new observational study of 191 patients with confirmed COVID-19 from two hospitals in Wuhan, China, published in The Lancet.

Specifically, being of an older age, having a high Sequential Organ Failure Assessment (SOFA) score, and having d-dimer greater than 1 μg/L are the factors that could help clinicians to identify patients with poor prognosis at an early stage.

The new study is the first time researchers have examined risk factors associated with severe disease and death in hospitalized adults who have either died or been discharged from hospital. In the study of 191 patients, 137 were discharged and 54 died in hospital. The authors note that interpretation of their findings might be limited by the study's sample size.

In addition, the authors present new data on viral shedding, which indicate that the median duration of viral shedding was 20 days in survivors (ranging from 8 to 37 days), and the virus was detectable until death in the 54 non-survivors.

While prolonged viral shedding suggests that patients may still be capable of spreading COVID-19, the authors caution that the duration of viral shedding is influenced by disease severity, and note that all patients in the study were hospitalized, two-thirds of whom had severe or critical illness. Moreover, the estimated duration of viral shedding was limited by the low frequency of respiratory specimen collection and the lack of measurable genetic material detection in samples.

"The extended viral shedding noted in our study has important implications for guiding decisions around isolation precautions and antiviral treatment in patients with confirmed COVID-19 infection. However, we need to be clear that viral shedding time should not be confused with other self-isolation guidance for people who may have been exposed to COVID-19 but do not have symptoms, as this guidance is based on the incubation time of the virus," explains co-lead author professor Bin Cao from the China-Japan Friendship Hospital and Capital Medical University, China.

He continues: "We recommend that negative tests for COVID-19 should be required before patients are discharged from hospital. In severe influenza, delayed viral treatment extends how long the virus is shed, and together these factors put infected patients at risk of dying. Similarly, effective antiviral treatment may improve outcomes in COVID-19, although we did not observe shortening of viral shedding duration after antiviral treatment in our study."

According to co-author Dr. Zhibo Liu from Jinyintan Hospital, China: "Older age, showing signs of sepsis on admission, underlying diseases like high blood pressure and diabetes, and the prolonged use of non-invasive ventilation were important factors in the deaths of these patients. Poorer outcomes in older people may be due, in part, to the age-related weakening of the immune system and increased inflammation that could promote viral replication and more prolonged responses to inflammation, causing lasting damage to the heart, brain, and other organs."

For the first time, the study describes the complete picture of the progression of the COVID-19. The median duration of fever was about 12 days in survivors, which was similar in non-survivors. But the cough may last for a long time--45% of survivors still had cough on discharge. In survivors, dyspnoea (shortness of breath) would cease after about 13 days, but would last until death in non-survivors. The study also illustrates the time of the occurrence of different complications such as sepsis, acute respiratory distress syndrome (ARDS), acute cardiac injury, acute kidney injury and the secondary infection.

The new analysis includes all adults (aged 18 or older) with laboratory-confirmed COVID-19 admitted to Jinyintan Hospital and Wuhan Pulmonary Hospital after December 29, 2019, who had been discharged or died by January 31, 2020. These were the two designated hospitals for transferring patients with severe COVID-19 from across Wuhan up until February 1, 2020.

During the study, the researchers compared clinical records, treatment data, laboratory results, and demographic data between survivors who had been discharged from hospital and non-survivors. They looked at the clinical course of symptoms, viral shedding, and changes in laboratory findings during hospitalization (e.g., blood examinations, chest x-rays, and CT scans; see table 1 for full list), and used mathematical modelling to examine risk factors associated with dying in hospital.

Compared with survivors, patients who died were more likely to be older (average age 69 years vs 52 years), and have a higher score on the Sequential Organ Failure Assessment (SOFA) indicating sepsis, and elevated blood levels of the d-dimer protein (a marker for coagulation) on admission to hospital (table 1 and 3).

Additionally, lower lymphocyte (a type of white blood cell) count, elevated levels of Interleukin 6 (IL-6, a biomarker for inflammation and chronic disease), and increased high-sensitivity troponin I concentrations (a marker of heart attack), were more common in severe COVID-19 illness.

The authors note several limitations of the study, including that due to excluding patients still in hospital as of Jan 31, 2020, and thus relatively more severe disease at an earlier stage, the number of deaths does not reflect the true mortality of COVID-19. They also point out that not all laboratory tests (e.g., d-dimer test) were done in all patients, so their exact role in predicting in-hospital death might be underestimated. Finally, a lack of effective antivirals, inadequate adherence to standard supportive therapy, and high doses of corticosteroids, as well as the transfer of some patients to hospital late in their illness, might have also contributed to the poor outcomes in some patients.