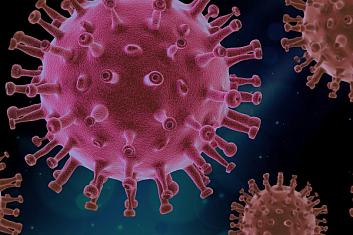 One year after infection by SARS-CoV-2, most people maintain anti-Spike antibodies regardless of the severity of their symptoms, according to a study with healthcare workers co-led by the Barcelona Institute for Global Health (ISGlobal), the Catalan Health Institute (ICS) and the Jordi Gol Institute (IDIAP JG), with the collaboration of the Daniel Bravo Andreu Private Foundation. The results suggest that vaccine-generated immunity will also be long-lasting.

One of the key questions to better predict the pandemic's evolution is the duration of natural immunity. A growing number of studies suggest that most people generate a humoral (antibody) and cellular (T cells) response that is maintained during several months, maybe years.

During the first wave of the pandemic, the team at ICS/IDIAP JG in collaboration with Carlota Dobaño's team at ISGlobal started a follow-up study of a cohort of healthcare workers with COVID-19 - a total of 173 people working in healthcare centers of central Catalonia. Most infections were mild to moderate, although some cases required hospitalization.

The research team took regular blood samples from September 2020 onwards to measure the level and type of SARS-CoV-2-specific antibodies in these patients. This work was possible thanks to the support of the Daniel Bravo Foundation, which equipped ISGlobal with the latest technology and necessary resources to perform the study and rapidly reach conclusions during the subsequent waves.

"The results obtained until now lead us to believe that immunity to SARS-CoV-2 will last longer than we originally thought. Being a new virus, it is very important to understand how it behaves and affects different people," says Anna Ruiz Comellas, researcher at the Catalan Institute of Health and co-author of the study.

No significant decay in antibody levels was observed over the first five months, and at 9 months, 92.4% of peoples remained seropositive - 90% of them had IgG, 76% had IgA and 61% had IgM recognizing the Spike protein or the receptor binding domain (RBD). The results were similar among healthcare workers who had not been vaccinated in April (95% had IgG, 83% IgA and 25% IgM).

"These data confirm that IgG have a longer duration, but IgM levels, which are supposed to last less, were unexpectedly quite sustained over time," says Gemma Moncunill, ISGlobal researcher and senior co-author of the study, together with Ruíz-Comellas. Hospitalization, fever, and loss of smell and taste were associated with higher antibody levels at five or nine months.

Four reinfections were observed among the participants. Two of them were symptomatic and occurred in seronegative individuals. Another asymptomatic reinfection occurred in a subject with very low antibody levels. These results indicate that anti-Spike antibodies protect against symptomatic infections. "They also indicate that people who have not been previously infected should be prioritized for vaccination, since those who have already been infected may be protected for at least one year," says Anna Ramírez-Morros, first co-author of the study.

"Considering that antibody levels achieved upon vaccination are usually higher than those generated upon natural infection, our results suggest that vaccine-induced immunity will also be long-lasting," concludes Dobaño.