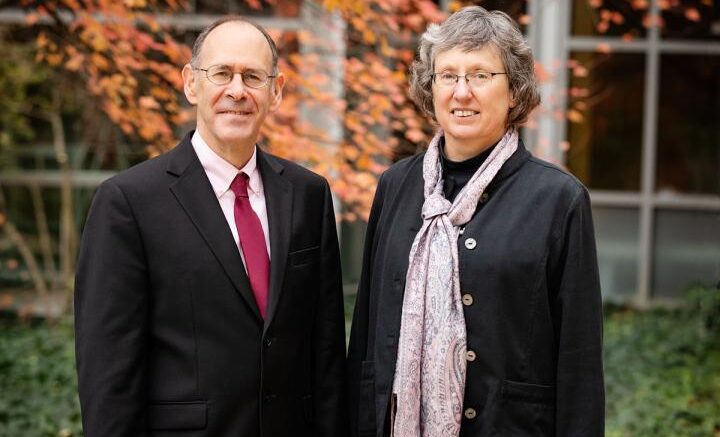 U.S. deaths from non-COVID-19 causes were significantly higher in the first months of the pandemic than in previous years across several demographics, according to a new study by computer science professor Sheldon H. Jacobson and internal medicine professor Janet Jokela. Courtesy of L. Brian Stauffer

March through May saw a significant increase in deaths over previous years -- and not just from COVID-19, says a new study from the University of Illinois at Urbana-Champaign.

When deaths attributed to COVID-19 were removed from the Centers for Disease Control and Prevention totals, the death rate in several demographics outpaced the same period in 2019, the study found. The timeframe represents the first three months of response to the COVID-19 pandemic in the United States.

"We know that the pandemic is selectively taking lives. It also seems to be causing ancillary deaths that are not directly caused by COVID-19, but are a consequence of the fact that we have COVID-19 in our society, in our health care system, in our jobs, in our lives. We're trying to capture those effects as data," Jacobson said.

Even though the researchers chose a more stringent measure of statistical significance than commonly used in such analyses, they found a significant increase in excess deaths in 2020 for men between 15 and 59 years of age, and for women between 25 and 44.

"Although we don't know why, deaths increased to a greater degree than expected. As someone who has spent their career in medicine and public health, this concerns me," Jokela said. "The concern is that excess deaths will continue to occur during the pandemic, whether it's because people are delaying care for other conditions or because some COVID-19 deaths are going undetected. This is a phenomenon that requires ongoing monitoring and investigation."

There was, however, one demographic that saw a decrease in deaths - females between the ages of 5 and 14.

"The only explanation we can come up with is that if you look at the deaths that occur in that age group, the preponderance of them are accidents. Thus, the shutdowns in much of the country appear to have had a protective effect on young girls," Jacobson said.

Jacobson and Jokela continue to monitor the data as the CDC updates it. They plan to perform a six-month analysis for March through August, and eventually the whole year. They also urge public health officials to make data available and study non-COVID-19 causes of death to gain insights into the factors leading to excess deaths in each demographic.

"Is it because people are neglecting routine medical exams? Are they delaying treatment for other conditions, such as cancer or heart disease? Are mental health issues going unaddressed? Information about the causes of death in different age groups would be very useful, because then we can look at the appropriate countermeasures to reduce preventable deaths," Jacobson said.

Source: University of Illinois at Urbana-Champaign