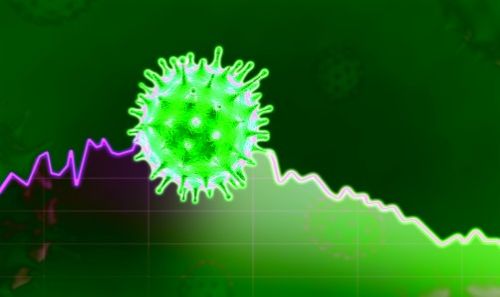 During the COVID-19 pandemic, governments around the world were faced with the trade-off between shutting down their economies to reduce the burden of the pandemic and the stress on healthcare systems or remaining open. Either way, each option relies on human response to respect or not to respect the chosen measure.

The impetus of a Florida Atlantic University study is to illuminate the impact of human behavior on controlling influenza-like illnesses with a focus on economic impact that uses an analytical and numerical perspective. Necibe Tuncer, PhD, study author and an associate professor in the Department of Mathematical Sciences, FAU Charles E. Schmidt College of Science, and collaborators from the University of Florida are the first to introduce a novel mathematical framework to study the interplay between infectious diseases, human behavior, and economic growth.

Their robust framework explores the interaction between infectious diseases that can be controlled using non-pharmaceutical interventions – specifically social distancing – and human response to this intervention and economic growth impacts. Many infectious disease models fail to account for the joint contributions of these three components, let alone considering all three components in a single framework.

For the study, published in the Journal of Biological Dynamics, researchers introduced two models: a coupled disease-human behavior (or disease-game theoretic) model to study the impact of full social distancing, and a coupled disease-human behavior model with an economic component to study the interplay between infectious diseases, human response to disease control measures, and the associated economic impact.

“The lack of economic perspective has been identified as a serious drawback of the multiple COVID-19 mathematical models that have emerged since the beginning of the pandemic,” said Tuncer. “In fact, the question is so important that it has driven some preliminary studies with limited mathematical discussion, which is what inspired us to develop our models, which combine epidemiological, evolutionary game theory and socio-economic perspectives in a single framework.”

The first model can have five different kinds of equilibria: a disease-free, social-distancing free equilibrium; a disease-free, full social-distancing equilibrium; and an intermediate level of full social distancing. The second model of social distancing with an economic compartment has 10 possible equilibria. The economic model, based on the neoclassical economic growth model, emphasizes structural relationships between different factors of production such as capital (e.g. equipment, infrastructure, education, health, among others), labor, and economic productivity. Specifically, the neoclassical growth model describes the change in capital with time according to the equation.

“Because this interdependence between disease and economic activities is not limited to COVID-19, our new models lead to new dynamics, new insights at the interface of disease-human behavior-economics, and new conclusions,” said Tuncer.