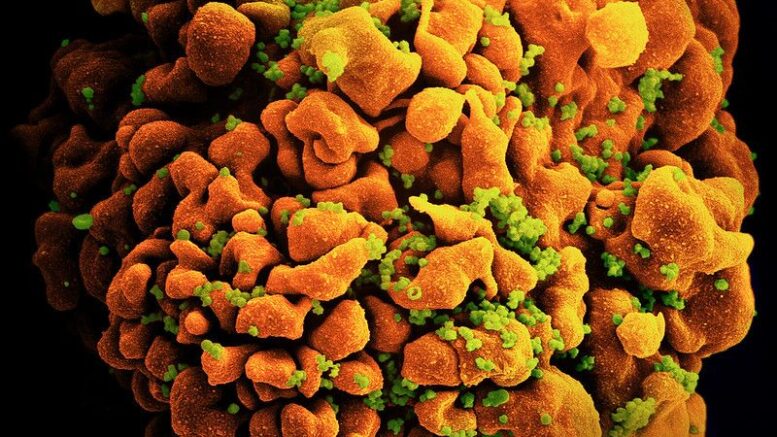 HIV replication in the human body requires that specific viral RNAs be packaged into progeny virus particles. A new study has found how a small difference in the RNA sequence can allow the viral RNA to be packaged for replication, creating potential targets for future HIV treatments.

The study, published last week in the Proceedings of the National Academy of Sciences, found that HIV chooses its viral RNA genome – the “source code” that it injects into healthy human cells to infect them – based on functions attributable to just two nucleotides.

The study’s authors, who also include researchers from the National Cancer Institute, hoped to answer a long-standing question in HIV biology research: How does the virus know to package its specific viral RNA to be copied in human cells?

“Just like we need a genome encoded by DNA, viruses have their own genomic DNA or RNA – in the case of HIV it’s RNA – and they have to package their genomic RNA and that’s what this whole study is about,” she said. “It’s an essential step for how we understand the replication of the virus.”

RNA is a string of nucleotides, and it is present in some form or another in all living things, including viruses. In HIV, it carries the genetic information that allows the virus to copy itself inside a host – the human body. HIV RNA comprises about 9,800 nucleotides.

“We have lots of types of RNA in our cells as humans, including messenger RNA (mRNA), which is very abundant – and which everyone has heard about now, thanks to COVID-19,” Musier-Forsyth said. “But the viral genome from HIV is made in small amounts, and it is very selectively packaged as genomic RNA, in addition to serving as mRNA to make viral proteins. How does the virus find this genomic RNA to package and not just package any old RNA in our cells?”

Researchers believed if they could find an answer to that question, they might eventually be able to develop drugs that could block the virus from replicating and stop it from infecting healthy human cells.

The researchers examined the structures of two nearly identical HIV RNA strings and found that the virus used a two-nucleotide difference on the very end of the RNA strings to distinguish between genomic RNA and viral mRNA. One, they found, was more efficient at being packaged as a genome than the other due to the conformations, or structures, that it formed.

The findings could have implications for future HIV treatments that target RNA and would be different from current HIV treatments, which primarily target viral proteins. New HIV drugs based on this discovery are likely years away, but Musier-Forsyth said this finding is an important scientific step.

“Now that we understand more about the structure of the RNA, we could develop therapeutics, whether they be small molecules or other new nucleic acid therapeutics, that could lock the RNA into a conformation that wouldn’t be packaged. If it can’t package its genome then it can’t replicate,” Musier-Forsyth said.

Other Ohio State researchers who contributed to this study include Shuohui Liu and Jonathan P. Kitzrow. This work was supported by the National Institutes of Health.