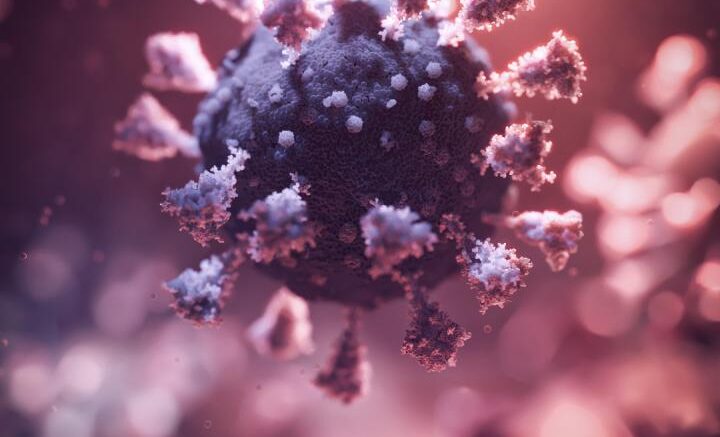 Illustration of the SARS-CoV-2 virus with an accurate depiction of the protein spikes it uses to attach to and enter cells in the human body. Courtesy of University of Southampton

A new international study has found that the key properties of the spikes of SARS-CoV-2 virus which causes COVID-19 are consistent with those of several laboratory-developed protein spikes, designed to mimic the infectious virus.

A central component in designing serological tests and vaccines to protect against COVID-19 is the manufacture of protein spikes. These recombinant spikes closely mimic those sticking out of surface of the infectious virus and trigger the body's immune system into action.

Laboratory manufactured spikes are also used for serological testing (also referred to as antibody testing) and as research reagents. The findings show how that viral spike manufactured through different methods in laboratories across the globe are highly similar and provide reassurance that the spike can be robustly manufactured with minimal variations between laboratories.

The spikes on the SARS-CoV-2 virus are coated in sugars, known as glycans, which they use to disguise themselves from the human immune system. The abundance of these glycans has the potential to create significant discrepancies between studies that use different recombinant spikes.

In this new study, published in the journal Biochemistry, the research team studied the glycan coatings on recombinant spikes developed in five laboratories around the world and compared them to those on the spikes of the infectious virus.

"The speed at which scientific community has moved to tackle the COVID-19 pandemic has put considerable pressure on laboratories around the world to validate their findings quickly," explained Max Crispin, professor of glycobiology at the University of Southampton, who led the study. "Over the last year we have seen vaccines developed around the world at an unprecedented rate and the rapid development, and validation, of recombinant proteins have been fundamental to that success story," he continued.

In April 2020, Crispin and his team from the University of Southampton mapped the glycan coating of the SARS-CoV-2 spike for the first time. In the present study, they extend their analysis to examine recombinant spike developed in laboratories at the Amsterdam University Medical Centre, Harvard Medical School, the University of Oxford, and the Swiss company ExcellGene. All the different batches of spike protein were shown to mimic key features of the glycosylation of virions analyzed at Tsinghua University, China.

The study also used computational methods to examine the protein features that were shaping some of the glycosylation features that were seen across all the samples. Dr. Peter Bond, senior principal investigator at the Bioinformatics Institute of the Agency for Science, Technology and Research (A*STAR), Singapore, who led the computational work, said, "Our modelling enabled us to shed light on how the protein influences the structure of the glycans and why the glycosylation was so consistent. This predictive approach could also be of potential value in therapeutics development against new variants or other emerging viruses."

"The ability to produce mimics of the SARS-CoV-2 spike protein with high fidelity at many different laboratories, all of which recapitulate the glycan signatures of the authentic virus, is of significant benefit for vaccine design, antibody testing and drug discovery" concluded Crispin.