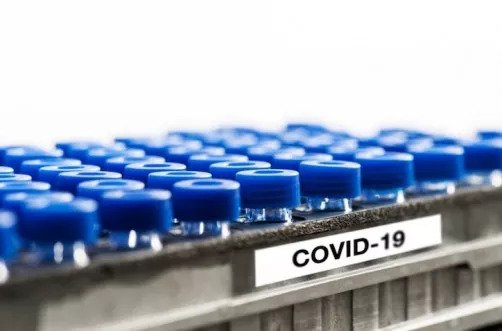 Three drugs that are already approved by the Food and Drug Administration (FDA) or other international agencies can block the production of the novel coronavirus that causes COVID-19 in human cells, according to computational and pharmaceutical studies performed by UT Southwestern scientists.

These findings, published on a preprint server known as ChemRxiv on May 14 prior to peer review, build on other recent research by the same team to quickly find promising agents against this often serious respiratory condition.

COVID-19, caused by the SARS-CoV-2 virus, has now infected more than 4 million people and killed more than 300,000 worldwide since it emerged in December 2019. Scientists around the globe have focused their efforts on discovering potential vaccines and therapeutics to prevent and treat this disease. For example, recent studies have suggested that the anti-viral drug remdesivir shows some promise at reducing disease severity in COVID-19 patients. However, thus far, researchers have found no treatment or prophylaxis with clear evidence of clinical benefit across large populations.

Developing new pharmaceuticals could take months, even with rapid approval, according to study leaders Hesham Sadek, MD, PhD, a professor of internal medicine, molecular biology, and biophysics; John W. Schoggins, PhD, an associate professor of microbiology; and Mahmoud Ahmed, PhD, an instructor of internal medicine. Thus, the UTSW researchers are testing drugs that are already approved by the FDA or other international agencies to see if they can attack this virus.

Recently, Sadek and his colleagues published a study in the same preprint server that used computer modeling to screen thousands of FDA-approved drugs for their ability to fit into the binding pocket of SARS-CoV-2’s main protease, an enzyme that the virus uses to chop up long strands of viral proteins.

“Each piece has individual functions that are really important to the virus to survive and replicate,” explains Schoggins, whose work focuses on viral infection and replication. “If the protease isn’t working because it’s blocked by another agent, the virus’s other functions fall apart.”

Many successful antiviral drugs, such as those that fight HIV and hepatitis C, are protease inhibitors, he adds.

In the new study, Sadek and his colleagues again used computer modeling to perform a more targeted screen of approved drugs, focusing on their ability to bind either in the central part of the protease binding pocket or the terminal part of the binding pocket, and/or to covalently bind in these regions – a type of chemical interaction that results in irreversible blockage of the protein.

“Even if the drug comes off the pocket,” Sadek says, “a covalent inhibitor forever changes the pocket’s characteristics, which makes it harder for the enzyme to do its job.”

Using this method, the team identified four promising candidates: atovaquone, a drug previously used to treat malaria that’s currently used to treat toxoplasmosis, babesiosis, and Pneumocystic pneumonia; mebendazole, a drug that’s used to treat several different parasitic worm infections; ouabain, a naturally occurring compound that was used as an arrow poison in Africa and is no longer approved in the U.S. but used in other parts of the world to treat heart failure; and dronedarone, a drug used to maintain heart rhythms.

Within a matter of weeks, Schoggins and his colleagues converted part of their laboratory space to a drug-screening facility equipped to safely handle SARS-CoV-2. The researchers first infected a line of nonhuman primate cells traditionally used to study viruses with SARS-CoV-2, then treated them with solutions with various concentrations of these drugs. Next, they performed tests to determine how much virus was in these cells to see how well SARS-CoV-2 was replicating.

Although dronedarone quickly showed toxic effects in these cells, the other three compounds effectively stemmed viral replication in doses similar or significantly lower than what’s currently used to clinically treat other diseases. These effects held true when the drugs were tested in infected human cells, although mebendazole’s effects weren’t as potent in the human cell line.

Of these three, atovaquone is uniquely promising, Sadek says. This drug is predicted to covalently attach to the protease binding pocket, does so at a dose lower than the therapeutic plasma concentrations currently used, has previously been reported to have anti-viral activity against other RNA viruses, and has a long and established history for treating another infectious disease that affects the lungs.

The team plans to continue studying this drug in animal models of COVID-19 to see if it can effectively fight this disease. In addition to these preclinical models, Sadek adds, he and his colleagues plan to test atovaquone in humans in clinical trials as soon as possible.

Other UTSW researchers who contributed to this study include Ayman B. Farag, Ping Wang, Ian N. Boys, Jennifer L. Eitson, Maikke B. Ohlson, Wenchun Fan, and Matthew B. McDougal.

Sadek holds the J. Fred Schoellkopf, Jr. Chair in Cardiology. Schoggins is a Nancy Cain and Jeffrey A. Marcus Scholar in Medical Research, in Honor of Dr. Bill S. Vowell.