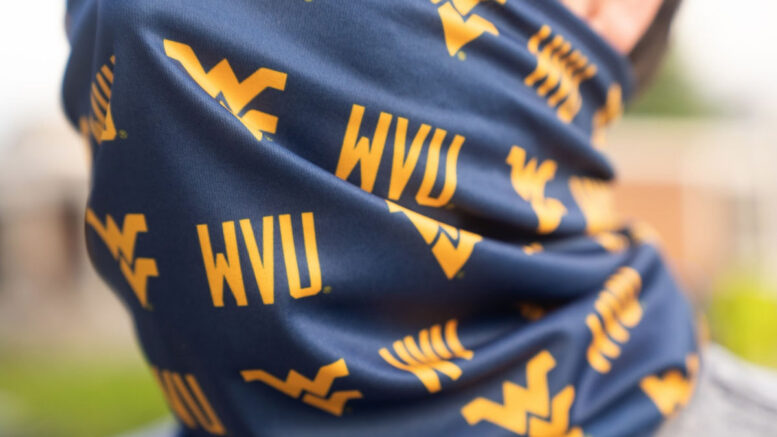 Testing by the WVU Center for Inhalation Toxicology on the effectiveness of the gaiter face covering shown here found that it provides a respiratory containment of exhaled droplets comparable to a common over-the-ear cloth mask. Courtesy of WVU/Dave Ryan

Experts with the West Virginia University Center for Inhalation Toxicology found that – assuming it’s a good fit - a gaiter will, despite recent reports, provide a respiratory containment of exhaled droplets comparable to a common over-the-ear cloth mask.

“Nothing is 100 percent effective,” said Timothy Nurkiewicz, director of the WVU Center for Inhalation Toxicology, or iTOX. “But we all need to be wearing masks to protect those around us. If we can properly educate people in this regard, we consider that a win.”

While gaiters, like most masks, do not provide filtration/respiratory protection to the user from inhaled aerosols, they did afford opposition to the spread of exhaled droplets, according to tests conducted at the WVU Inhalation Facility.

This means that the gaiters work more effectively shielding others from the wearer’s exhaled air.

“We’ve been operating on the principle all along that anything is better than nothing,” said Nurkiewicz, also chair of the Department of Physiology and Pharmacology.

A viral mask study that has filled news cycles and social media feeds prompted iTOX to conduct its own tests. The study in question claims that a gaiter, a stretchy fabric that hangs around the neck and covers the mouth and nose, could be worse than wearing no mask at all, and that instead of blocking droplets that may contain SARS-CoV-2 (the virus that causes COVID-19), gaiters split large droplets into an array of smaller droplets.

In his analysis, Nurkiewicz referenced the Centers for Disease Control and Prevention which illustrates that when droplets pass through pores of fibrous materials such as those in masks, one of four outcomes occur as supported by existing literature: inertial impaction, interception, diffusion and electrostatic attraction.

“Dispersion is not one of these,” Nurkiewicz said. “When a droplet hits a mask, it does not break into two. It doesn’t happen.”

The iTOX team tested a gaiter made of 100 percent polyester. This particular WVU-branded gaiter has been offered to students, faculty and staff who complete their return-to-campus COVID-19 test.

Two types of tests were conducted on the gaiter: a fit test, which evaluates how well a mask protects the person wearing the mask, and a materials test, in which the ability of the fabric alone to filter air passing through it was tested.

For the fit test, researchers filled up a room with saline droplets and sampled the air in real time. They then measured the concentration of droplets on the inside and outside of the mask, Nurkiewicz said.

The gaiter polyester scored a “3” on the materials test, indicating that it filtered out two-thirds of the droplets when airflow passed through it. Adding another layer of the material did not improve the outcome, the team found.

These scores are comparable to common face coverings currently in use, such as cloth masks, said Travis Goldsmith, iTOX senior research engineer.

They also performed fit and material testing on the two-layer, 100 percent cotton WVU mask, which is also offered to the WVU community upon return-to-campus COVID-19 testing. The mask scored similarly to the gaiter. Nurkiewicz added that “cotton has an advantage over polyester in that it absorbs droplets and has the potential to hold on to them better.”

“With any type of loose-fitting mask, even a surgical mask, aerosols are going to easily come around and through the gaps, like the spaces around the nose and the sides,” Goldsmith said.

“But since the mask is close to the mouth, high-velocity flow events from the mask user, such as coughing or talking, will cause many expelled droplets to impact the inner surface of the mask. Further, any mouth covering dissipates and spreads the flow velocity from the user, which will cause aerosols to travel shorter distances.”

The main purpose of the viral study, Nurkiewicz said, centered around a low-cost, efficient means for non-scientists to test masks and their effectiveness. The result was a novel technique based on a laser plane on a cell phone.

“It’s really neat, and they should be commended for developing this,” he said. “You can point a camera and exhale particles across the plane and those particles light up and you can take pictures of it. Then a computer counts the dots in each frame.”

The problem with the investigators’ dispersion claim, however, is that the findings are based on estimates from photos with limited resolution and pixel sizes, rather than direct measures of actual droplets in real-time, Nurkiewicz said. In the WVU tests, researchers directly measured the size of aerosolized droplets in real-time with multiple state-of-the-art pieces of equipment.

After their series of tests, iTOX researchers contend that a mask/gaiter combination provides a much-improved level of protection for the user and for those within proximity of the user.

“This does add some heat stress to the user, but it is estimated that it would be tolerable/wearable for multiple hours of low-effort activities (such as attending class),” the team wrote.

In the end, any face covering is better than nothing and provides reasonable opposition of droplet transmission between two people within close proximity.

“We see no reason to stop distributing the WVU gaiter,” Nurkiewicz said. “The evidence just isn’t there. It’s not doing any harm.

“It isn't just that you're wearing a mask to protect yourself. If five people are in a room and we’re all wearing a mask, we’re collectively decreasing the energy and the direction of particles that are being mixed. If one of us takes a mask off, we're suddenly putting the others at risk.”