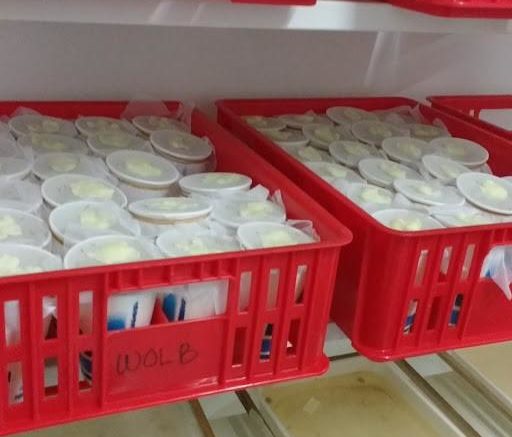 Trials were successfully able to reduce cases of dengue at sites in Kuala Lumpur. Courtesy of professor Ary Hoffman, University of Melbourne

An international team of scientists have reported an effective and environmentally sustainable way to block the transmission of mosquito-borne dengue virus, in trials carried out in Malaysia.

The breakthrough has major implications for countries with hot climates such as island nations in the South Pacific to Saudi Arabia, Africa and South America, all of which experience dengue, Zika, yellow fever and chikungunya.

Using a strain of the bacteria Wolbachia, which inhibit mosquitoes from transmitting viruses to humans, researchers at the Universities of Melbourne and Glasgow and the Institute for Medical Research in Malaysia were able to successfully reduce cases of dengue at sites in Kuala Lumpur. Their data, published today in Current Biology, shows that mosquitoes carrying the wAlbB strain of Wolbachia, when released into the wild, had the effect of reducing the incidence of dengue cases by 40 per cent.

Previously, scientists including professor Ary Hoffmann from the University of Melbourne, have carried out successful mosquito releases using a different strain of the Wolbachia bacteria, but while this strain was able to invade wild populations in some conditions, it did not appear to be suitable for use in the very hot conditions experienced in equatorial countries such as Malaysia.

Now, this international team of researchers from Melbourne, Glasgow and Malaysia has shown that the wAlbB strain of Wolbachia is stable and effective, even in daily peak temperatures of 36°Celsius and higher, as commonly experienced in areas of Malaysia where dengue is prevalent.

Hoffmann, from Melbourne University's Bio21 Institute, said the findings could make a difference to a number of countries who have dengue.

"This study provides us with a new Wolbachia strain for field release and highlights disease impact within a complex urban setting where dengue incidence rates are high," he said. "The intervention succeeded despite ongoing pesticide applications and other challenges that can make it hard for the Wolbachia to become established. The approach holds promise not only in Malaysia but also in other countries."

Each year there are around 90 million symptomatic cases of dengue, with severe disease in around 1 per cent of cases, including life-threatening haemorrhage or shock syndrome. In Malaysia alone, over 100,000 dengue cases were reported in 2016, with an annual cost estimated at $175 million.

Researchers released batches of Aedes aegypti mosquitoes carrying the wAlbB strain of Wolbachia into the wild, in six different sites in greater Kuala Lumpur with high levels of dengue transmission. The Wolbachia carrying mosquitoes -- both male and female -- then went on to mate with the wild mosquito population, resulting in the spread and establishment of the virus-inhibiting bacteria. In some sites, Wolbachia-carrying mosquitoes were measured at over 90 percent frequency more than a year after the mosquito releases ended.

The success of lowering dengue cases at these sites has led to a cessation of insecticide fogging in these areas, highlighting both the environmental and economic benefits of this method.

Professor Steven Sinkins, from the MRC-University of Glasgow Centre for Virus Research, said the breakthrough is promising news for countries that endure mosquito-borne diseases.

"These findings show that we have a strain of Wolbachia that can be used to effectively reduce the number of dengue cases in very hot climates. The next step is to deploy this strain in more and larger sites, but we are now confident that this will become an effective way to control dengue on a large scale."

The paper, 'Establishment of Wolbachia strain wAlbB in Malaysian populations of 2 Aedes aegypti for dengue control' is published in Current Biology. The work was funded by the Wellcome Trust.