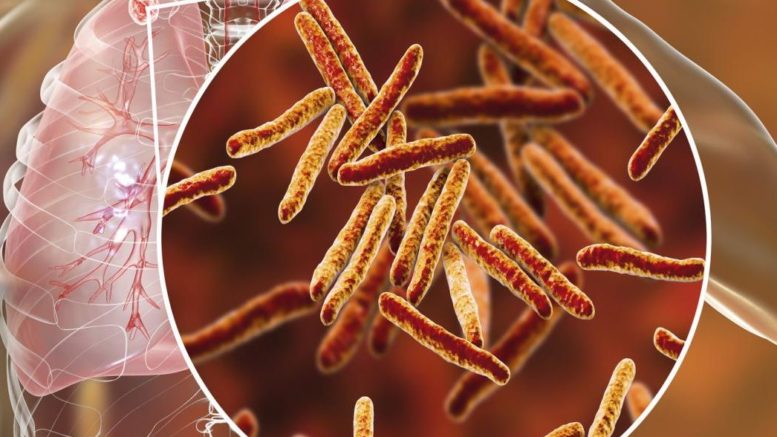 A new analysis challenges the longstanding notion that tuberculous infection is a life-long infection that could strike at any time and cause tuberculosis (TB). Based on a review of clinical studies, researchers from the Perelman School of Medicine at the University of Pennsylvania and colleagues show that people who test positive with immunologic TB skin or blood tests rarely develop TB. They suggest it's because the infecting organism, Mycobacterium tuberculosis, is likely dead, wiped out naturally by people's immune systems. Despite that, these people retain an immunological memory to the disease, which the authors say likely explains why standard TB tests show a positive result, since those tests look for an immune response and not live bacteria. The study was published this week in the journal BMJ.

The findings upend commonly held beliefs, as well as approaches to care and research around the world, for the two billion people who test positive for TB and are thought to be persistently infected and at risk for active disease.

"The National Institutes of Health and other nonprofit organizations spend millions of dollars on studies of the latent state because of the assumption that TB infection is life-long, held in check by the immune system. However, based on our analysis, we believe that it is rarely life-long, and in 90 percent or more of infected people, there is no possibility of TB development even with severe immunosuppression," said co-author Paul H. Edelstein, MD, an emeritus professor of Pathology and Laboratory Medicine at Penn.

In their review, the team pointed to several previous studies to demonstrate the natural history of TB immunoreactivity in people given preventive treatment, and of active TB in immunoreactive people with various forms of severe immunosuppression, like patients with HIV and those who have received an organ transplant. One study, published in Bibliotheca Tuberculosea, showed that treatment of people with TB immunoreactivity for one year lowered the incidence of active TB by 60 to 70 percent over the next nine years. Yet, those treated remained skin test positive for TB up to nine years later, showing TB immunoreactivity can outlast elimination of infection by at least nine years. In another study, published in the American Journal of Respiratory Critical Care Medicine, of patients co-infected with HIV and TB--who are at a higher risk for active TB--researchers showed that between 89 percent and 97.5 percent of those with positive TB immunoreactivity tests remained free of TB from their remote infection over a five-year period. And in a third study of stem cell transplant patients, published in the journal Clinical Infectious Disease, none of the 29 participants from the U.S. cohort with TB immunoreactivity developed TB after a total of 89 person-years of observation, the authors wrote.

"TB immunoreactivity is not a marker for the presence of continued TB infection," Edelstein's team wrote. "Rather, it serves as a sign of having been infected with TB at some point."

The researchers believe future resources should focus on developing tests that can better identify infected people who are not symptomatic. Currently, there are no specific tests for these patients.

They also believe that detecting and treating people with active TB should be a high priority, as well as providing TB preventive therapy for those around them.

"We need to put more effort into controlling active TB and to determine how to detect the 10 percent of people who actually do have lifelong infection," Edelstein said. The authors note that a test to identify that patient group should reduce the cost and morbidity of treatment 10-fold while maintaining the effectiveness of the intervention.

The authors say they hope this analysis will lead to further discussion in the field, as well as future research on the mechanisms of how to clear the pathogen from a host.