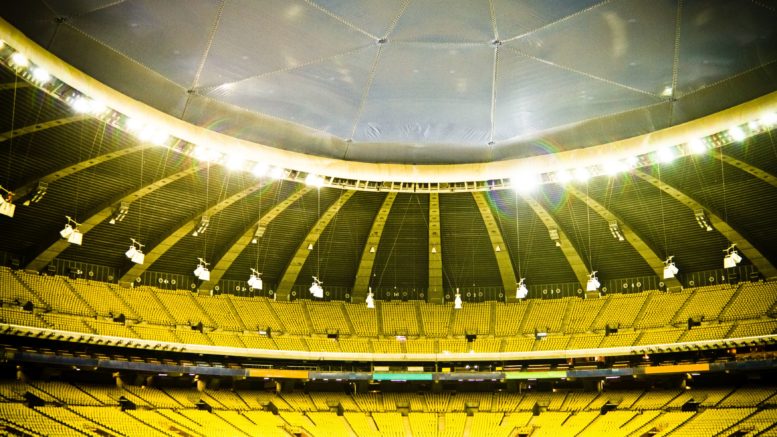 Sports leagues may want to consider calling a timeout on reopening their doors to fans, based on new West Virginia University-led research that links an uptick in seasonal flu deaths to U.S. cities with pro sports teams.

Analyzing Centers for Disease Control and Prevention data from 1962 to 2016, WVU economists found that flu deaths increased by between 5 and 24 percent during the NFL, NBA, NHL and MLB seasons, with the largest increase for NHL games.

Given that COVID-19 is believed to be more contagious and deadlier, Economics Professor Brad Humphreys has a message for sports leagues until a vaccine is available or herd immunity exists: "Don't let the fans back into the games."

"Opening pro sports games to fans is probably a terrible idea, in terms of public health," said Humphreys, one of the authors of the paper "Professional Sporting Events Increase Seasonal Influenza Mortality in U.S. Cities." "You're right on top of people and everybody's yelling, screaming, high-fiving and hugging. And you've got people eating and drinking. You could be putting the virus right into your mouth. The bottom line is we need to be very careful if we're considering opening up games to the fans."

Researchers examined cities that introduced a new sport franchise from the big four leagues over the 54-year timeframe. Welcoming new teams in all leagues led to an increase in flu mortality, according to the report.

"We found data that reported flu mortality by city by week dating back to the 1960s," Humphreys said. "We decided the best experiment was to try to look at what happened when a city got a new pro sports team compared to cities that didn't. As it turned out, after a new professional sports team came into a city, that flu season and every flu season afterward had more people dying of the flu.

"It isn't one or two people dying. This is closer to 30 or 40 additional flu deaths over the course of flu season. When you blow it up to a virus that's more fatal like COVID-19, we could be talking about hundreds of additional deaths because of these games."

The study also showed a decline in flu deaths in U.S. cities during season stoppages. That means cities reported fewer flu deaths during the 2011 NBA lockout and the 1982 NFL strike.

Research began in March when organizations, such as the NBA, suspended play due to the COVID-19 outbreak in the U.S. Humphreys was further intrigued after reading about a soccer game in Italy that was believed to have been a catalyst in spiking that country's positive cases.

On Feb. 19, the day of a soccer match between Atalanta and Valencia, there were only three confirmed cases in the country of Italy. Two weeks later, that number jumped to 997 - just in Bergamo, northeast of Milan and home to the Atalanta team.

"At the time, they had the highest death rate anywhere in the world," Humphreys said. "That game served as a super-spreader event."

The NBA and NHL both plan to resume their seasons this summer, but without fans in attendance. In fact, NBA players will have the option of wearing an Oura smart ring that detects early signs of the novel coronavirus - which is part of research from the WVU Rockefeller Neuroscience Institute.

Details of the upcoming MLB and NFL seasons remain uncertain.

The economists hope this timely research will not only help inform sports league reopening policy decisions, but mass gatherings in general such as concerts, conferences and conventions.

"You'll have some people say, 'Oh, but everybody can wear a mask,'" Humphreys said. "But you've seen how people are complying with that, right? And if these arenas are at full capacity, social distancing isn't happening."

A COVID-19 model formerly used by the White House projects that more than 200,000 American could die from the virus by October. As of late Wednesday, 119,000 people have died of the novel coronavirus in the U.S., with a total of 2.2 million positive cases.

"Our results reveal that bringing fans back to games would be a huge mistake," Humphreys said. "Imagine someone going to a game and sitting in the stands and then they go see grandma at the nursing home. Let's wait til we have a vaccine or reach herd immunity."

Be the first to comment on "U.S. Cities With Pro Sports See More Flu Deaths"