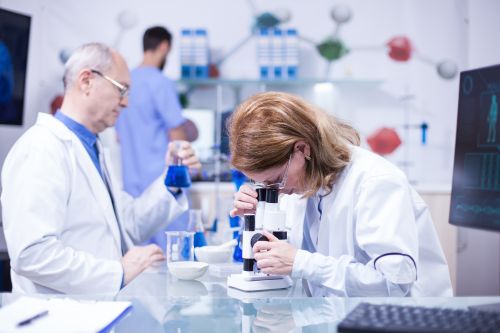 A new multidisciplinary research framework is needed to explore links between evolved tolerance to pathogens and their spillover into humans, scientists write today in the journal eLife.

Their article looks at evidence that the host’s ability to tolerate pathogens creates the perfect conditions for pathogens to jump from animals to humans and cause future pandemics similar to COVID-19.

Surveillance of wild animals that typically harbor zoonotic pathogens has shown that circulation of a large, stable and diverse pool of zoonotic pathogens in the ‘reservoir’ species is, among other factors, a potential condition that promotes spillover into humans. But what is less understood is how these reservoir species live with these pathogens for so long, and what conditions lead to the point where the pathogen is fit enough to jump species.

“Our understanding of infection and disease has been overtly biased by how we view pathogens that infect us,” explains first author Srijan Seal, a PhD student at Ashoka University, Haryana, India. “Because pathogens, by their definition, reduce host fitness by causing illness or death, we view host-pathogen interactions as hostile, and ignore the mechanisms that allow the host’s ability to coexist or coevolve with pathogens. In doing so, we fail to understand how disease tolerance in reservoir species can be linked to the maintenance and transmission of pathogens and their spillover into humans.”

In their review, the authors first discuss why and how tolerance might naturally evolve during long-term association between hosts and pathogens as an effective strategy for both. They note that although activating immunity to respond to infection seems the obvious choice, as we have seen in the case of SARS-CoV-2, this can rapidly escalate to an uncontrolled inflammatory response that causes long-term harm to the host. In the context of coevolution, host species may therefore fine tune their immune systems to tolerate rather than actively resist infections.

On the other hand, for pathogens to spill over into humans requires a number of sequential steps, each coinciding with certain conditions – the infectivity of the reservoir host, and being close enough to a large and dense human population. But the authors suggest that before any of these steps can occur, an essential condition is the maintenance of a large and diverse zoonotic pathogen pool. So, the pathogens themselves are likely to adapt to allow their host to tolerate them, in turn increasing the infectious period and pathogen burden which prepares the stage for a spillover. Such processes can also support a genetically diverse pathogen pool by allowing more mutations and genetic exchanges to arise between circulating strains. This can result in, for example, new variants of viruses that are more infectious to humans and other hosts than previous strains.

But what about the additional traits a pathogen might need to survive in a new host? The authors speculate that an interesting situation might arise when hosts harbor multiple pathogens thriving together. This increased competition can lead to the rapid evolution of traits that enable pathogens to jump into new hosts. Taken together, this suggests that an extended infectious period, allowed by host tolerance, with large abundance of pathogens and relaxed selection can provide the appropriate stage for spillover.

“Host immune strategies, ecology and pathogen prevalence all play crucial roles in allowing spillover, but studying them in isolation is far from ideal given the complex interactions involved,” concludes senior author Imroze Khan, assistant professor of Biology at Ashoka University. “An integrated approach is needed where they should be jointly studied to explain the patterns and processes of pathogen prevalence and infection outcomes in the wild. This is relevant not only to the present crisis created by the COVID-19 pandemic and emerging infections, but will provide a newer understanding of other important aspects of public health, such as infectious disease control.”

This Review Article has been published as part of ‘Evolutionary Medicine: A Special Issue’ from eLife. To view the Special Issue, visit https://elifesciences.org/collections/8d9426aa/evolutionary-medicine-a-special-issue.