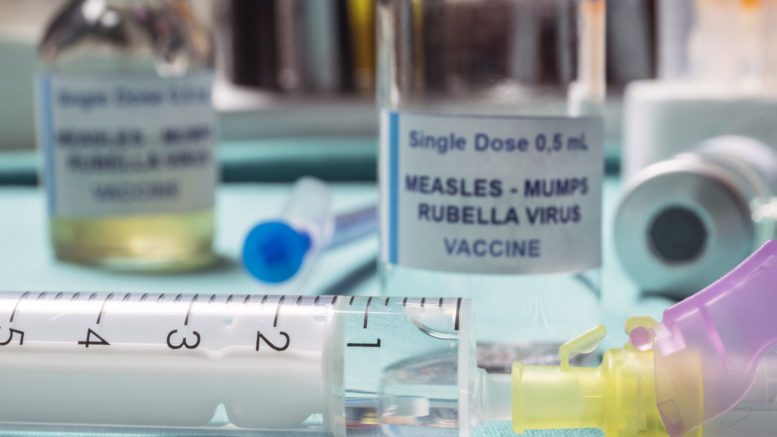 A single strain of mumps virus has dominated the US since 2006, and is responsible for many of the large numbers of cases seen across the country in the widespread 2016-17 outbreaks. In a paper published February 11 in the open-access journal PLOS Biology, Pardis Sabeti from the Broad Institute of MIT and Harvard and colleagues analyze over 200 whole mumps virus genomes from patient swab samples, providing insights not obtained in standard public health surveillance efforts.

An unusually high number of mumps cases were reported in the U.S. in 2016 and 2017, despite high rates of vaccination. The recent resurgence is partly explained by reduced vaccine-induced immunity but it was unclear how much genetic changes in the circulating viruses might be contributing to this.

The researchers sequenced whole mumps virus genomes from 203 patients, mostly from Massachusetts during 2016/17, but including 43 from other states collected between 2014 and 2017. Combining the whole genome sequences with epidemiological data, their analysis demonstrates the extent to which the disease is circulating in the United States, connects outbreaks previously thought to be unrelated, and traces transmission between communities.

The research indicates the value of high-quality genomic data in public health surveillance of mumps and suggests future efforts should incorporate whole genome sequencing. Sabeti says, "Understanding sequence data for pathogens like mumps virus can help understanding of the spread of infectious diseases more quickly and allow researchers to detect changes in the genome that could affect disease severity or the effectiveness of vaccines and diagnosis."

Be the first to comment on "Understanding Recent Mumps Outbreaks in the U.S."