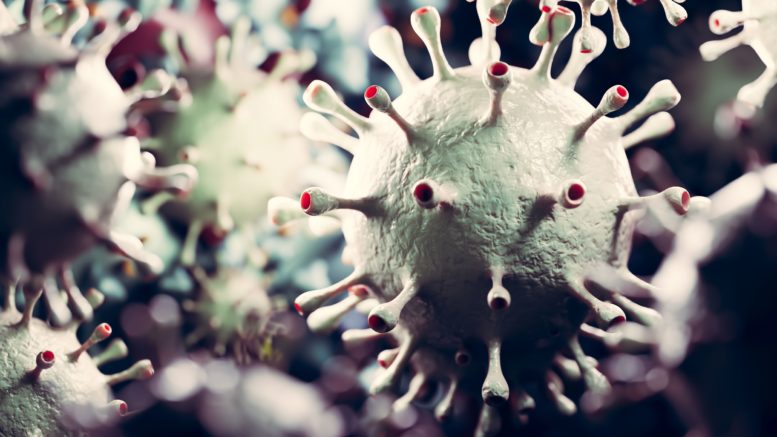 Following two studies that screened thousands of human antibodies to SARS-CoV-2 to identify highly potent pairs, in which both antibodies bind the viral target simultaneously, a resultant antibody cocktail is being tested in human trials.

The double-antibody approach, versus use of a single antibody, is designed not only to be effective as a treatment, the authors say, but to protect against antibody resistance that might arise in response to selective pressure from single antibody therapies, which are also being explored to treat COVID-19.

With the urgency of developing a therapeutic against COVID-19, researchers have focused on antibodies that target the viral spike and prevent SARS-CoV-2 from entering host cells. Here, using genetically humanized mice as well as B cells derived from recovering COVID-19 patients, Johanna Hansen, et al. isolated thousands of fully human antibodies to SARS-CoV-2 with varied binding properties and antiviral activity. From this collection, they sought pairs of highly potent individual antibodies that could simultaneously bind the critical Receptor Binding Domain (RBD) of the virus spike protein; the goal of using a pair of antibodies, versus a single antibody treatment, is to increase the chances the therapy could counter any so-called "virus escape mutants" that might arise in response to selective pressure from a single antibody. Hansen et al. identified several neutralizing antibodies, including pairs that did not compete for binding to the RBD.

In a second study seeking to address concerns about antibody resistance, Alina Baum et al. focused on four of these antibodies. The authors tested them against a breadth of spike RBD variants known to exist in humans. To further explore the potential for resistance to these antibodies, the authors generated a pseudo SARS-Cov-2 virus (VSV-SARS-CoV-2-S) that expresses the spike protein. By growing the pseudovirus with sub-neutralizing concentrations of their top antibodies, they allowed escape mutations to emerge - a proxy for mutations that could arise as the pandemic continues. For some combinations of their four antibodies, virus escape still occurred. This only stopped when they used combinations of antibodies that did not compete or only partially competed for binding on the RBD, they say.

The authors of both studies say their data strongly supports use of double ("cocktail") antibody therapy in which two antibodies were chosen so as to bind to distinct and non-overlapping regions of the viral target. Hansen et al. write: "Inclusion of such antibodies into an antibody cocktail may deliver optimal antiviral potency while minimizing odds of virus escape." Such an antibody cocktail is now being tested in human trials (clinicaltrials.gov NCT04426695 and NCT04425629).