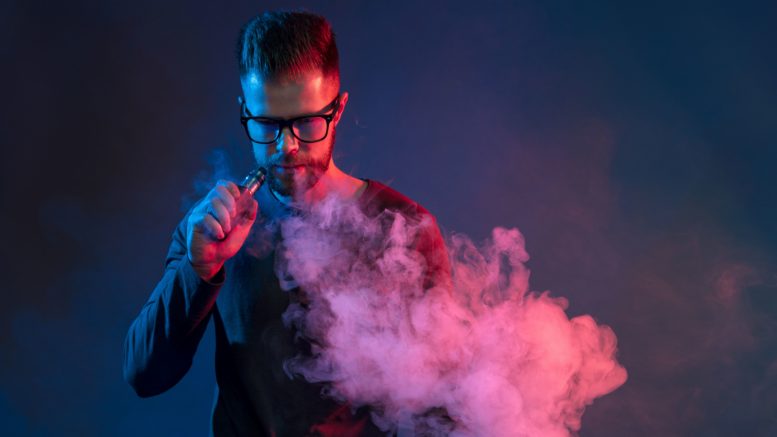 Using e-cigarettes alters the mouth’s microbiome — the community of bacteria and other microorganisms — and makes users more prone to inflammation and infection, finds a new study led by researchers at NYU College of Dentistry.

The study—published in iScience, a Cell Press journal—is the first to demonstrate that vaping changes the oral microbiome and adds to our limited understanding of the safety profile of e-cigarettes.

The mouth is a gateway to the body and harbors many microbial species that colonize our respiratory and digestive tracts. It is well established that smoking traditional cigarettes raises the risk of gum disease and infection by bringing about physiological and structural changes, fostering an environment in which certain infection-causing bacteria flourish and contributing to immune dysfunction.

E-cigarettes—handheld devices in which nicotine is inhaled in a vapor—are thought to be less harmful than cigarettes, but little research (and no long-term data) exist on the safety of e-cigarettes. While vaping has quickly grown in popularity in recent years, a growing number of people are falling ill or dying from vaping-related illnesses.

“Given the popularity of vaping, it is critical that we learn more about the effects of e-cigarette aerosols on the oral microbiome and host inflammatory responses in order to better understand the impact of vaping on human health,” said Xin Li, PhD, associate professor of basic science and craniofacial biology at NYU College of Dentistry and the study’s co-senior author.

“The oral microbiome is of interest to us because research shows that changes in its microbial community as a result of environmental and host factors contribute to a range of health issues, including cavities, gum disease, halitosis, and medical conditions such as diabetes, cardiovascular disease, and cancers,” said Deepak Saxena, PhD, professor of basic science and craniofacial biology at NYU College of Dentistry and the study’s co-senior author.

In this study, Li, Saxena, and their colleagues examined e-cigarette vapor and its influence on the oral microbiome and immune health. They also evaluated how vaping influences infection efficiency of oral pathogens in cell lines using a novel e-cigarette aerosol generating machine and measured pro-inflammatory immune mediators.

Using 16S rRNA high throughput sequencing, a technique used to profile microbial communities, the researchers observed different microorganisms in the saliva of e-cigarette users, cigarette smokers, and non-smokers. For instance, e-cigarette users had an abundance of Porphyromonas bacteria, while an increase in Veillonella bacteria was found in both e-cigarette and cigarette users.

“The predominance of these periodontal pathogens in the mouths of e-cigarette users and traditional smokers is a reflection of compromised periodontal health,” said Li.

“Our study suggests that vaping electronic cigarettes causes shifts in the oral environment and highly influences the colonization of complex microbial biofilms, which raises the risk for oral inflammation and infection,” said Saxena.

This research was supported by the National Institute of Dental & Craniofacial Research (DE025992, DE027074), National Cancer Institute (CA206105), and the NYU Mega-Grants Initiative.