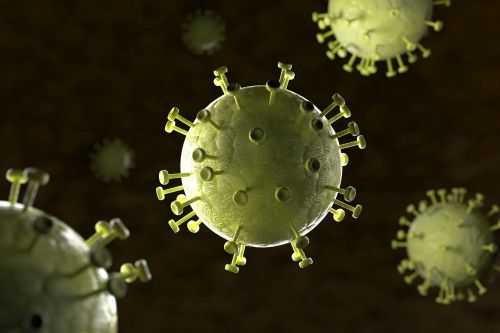 Viruses do not always kill the cells they infect. Researchers at the University of Basel have discovered in experiments with mice that cells have the power to self-heal and eliminate viruses. However, these cells undergo long-term changes. The findings may provide a hint as to why cured hepatitis C patients are more susceptible to liver cancer for years after.

Viruses need the infrastructure of the body’s cells in order to multiply. With many types of viruses, this ultimately means death for the affected cell if its membrane dissolves and the newly created viruses swarm out to attack new cells. But some viruses do not kill the cells they infect – presumably with the aim of maintaining the infection for as long as possible. These include hepatitis B and C viruses, which cause chronic infections in humans.

Until now, it was generally assumed that such viruses remain permanently in the infected cells of the body. However, a research team led by professor Daniel Pinschewer from the University of Basel now reports in the Journal of Experimental Medicine that this is not the case. Their experiments involved a mouse virus called lymphocytic choriomeningitis virus (LCMV), which triggers a chronic infection in mice – similar to hepatitis C virus in humans – and also infects the liver.

This model enabled the researchers to demonstrate that the virus disappears from the infected liver cells after a certain time period. It is not yet clear exactly how this happens. However, the researchers were able to rule out the possibility that the cells need the support of immune cells in order to do this.

“Liver cells seem to have their own mechanism for removing a virus from within,” says Dr. Peter Reuther, one of the study’s two lead authors. The chronic infection by such viruses is based on a continuous infection of new cells.

Despite the astonishing self-healing power of cells, the infection does not pass them by without leaving a trace. As further analysis of the healed cells showed, their genetic profile remained altered: the same genes were no longer read in the same quantity as in those cells that had not been subject to infection. The change particularly affected genes related to cell division and cellular metabolism. It is still unclear how long these changes persist, however.

“We see significant parallels with other studies of cured hepatitis C patients. Their formerly infected liver cells show changes in the genetic material that influence genetic programs,” explains Dr. Katrin Martin, co-lead author of the paper. This strongly suggests that the findings now obtained in mice can be extrapolated to humans, at least in certain important respects. “One could speculate that these long-term changes are one reason why cured hepatitis C patients have an increased risk of liver cancer.”

In further studies, the researchers now aim to determine whether such changes in genetic programs also affect the cells of other organs following temporary viral infections. At the same time, they also want to identify the mechanism by which the body’s cells manage to get rid of viruses.

“Two questions arise from a medical perspective,” concludes Pinschewer. “How can these viruses be prevented from spreading from cell to cell in a chronic infection and thus affecting a large number of cells? And is it possible to reverse the changes in the genetic profile and prevent subsequent damage?” He adds that the question of long-term changes following a viral infection also concerns other indications, such as asthma and long Covid.