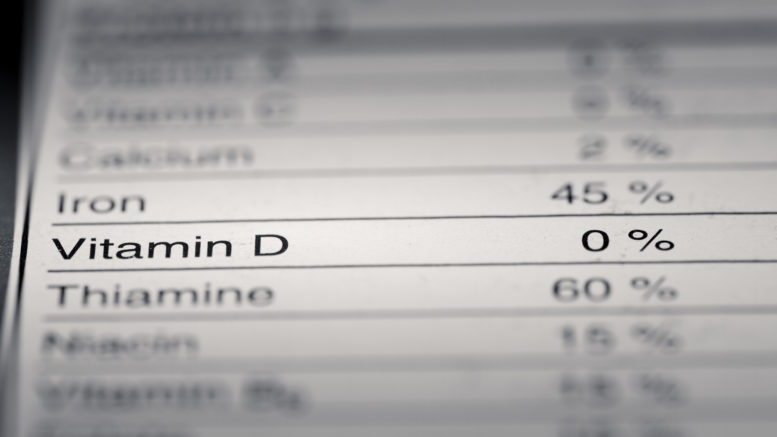 A new study has found an association between low average levels of vitamin D and high numbers of COVID-19 cases and mortality rates across 20 European countries.

Previous observational studies have reported an association between low levels of vitamin D and susceptibility to acute respiratory tract infections. Vitamin D modulates the response of white blood cells, preventing them from releasing too many inflammatory cytokines. The COVID-19 virus is known to cause an excess of pro-inflammatory cytokines.

Italy and Spain have both experienced high COVID-19 mortality rates, and the new study shows that both countries have lower average vitamin D levels than most northern European countries. This is partly because people in southern Europe, particularly the elderly, avoid strong sun, while skin pigmentation also reduces natural vitamin D synthesis.

The highest average levels of vitamin D are found in northern Europe, due to the consumption of cod liver oil and vitamin D supplements, and possibly less sun avoidance. Scandinavian nations are among the countries with the lowest number of COVID-19 cases and mortality rates per head of population in Europe.

Dr. Lee Smith, a lecturer in physical activity and public health at Anglia Ruskin University, said, "We found a significant crude relationship between average vitamin D levels and the number COVID-19 cases, and particularly COVID-19 mortality rates, per head of population across the 20 European countries. Vitamin D has been shown to protect against acute respiratory infections, and older adults, the group most deficient in vitamin D, are also the ones most seriously affected by COVID-19.

"A previous study found that 75% of people in institutions, such as hospitals and care homes, were severely deficient in vitamin D. We suggest it would be advisable to perform dedicated studies looking at vitamin D levels in COVID-19 patients with different degrees of disease severity."

Petre Cristian Ilie, lead urologist of Queen Elizabeth Hospital King's Lynn NHS Foundation Trust, said, "Our study does have limitations however, not least because the number of cases in each country is affected by the number of tests performed, as well as the different measures taken by each country to prevent the spread of infection. Finally, and importantly, one must remember correlation does not necessarily mean causation."