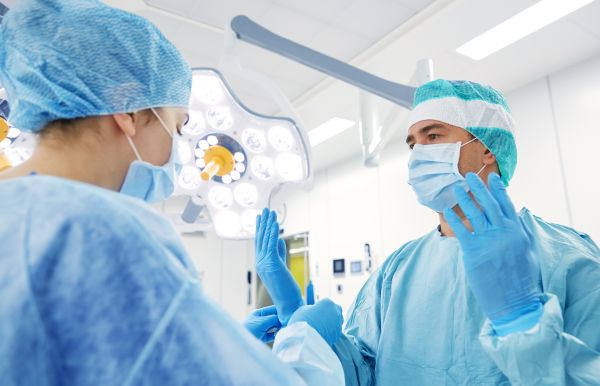 From flying a plane to swinging on a trapeze, there are plenty of high performance jobs where people must work closely together without making mistakes. Research into psychology and organizations has mostly concluded that the presence of positive emotions among team members generally improves performance across a range of occupations.

But happiness and excitement may be overrated, at least where performance is concerned, suggests new research from the University of Toronto’s Rotman School of Management. Using pairs of cancer surgeons as their focus, researchers found that only tension and the lack of it had a significant impact on how well people worked together. And the way to achieve that more chilled-out feeling was for two surgeons to experience at least one previous surgery together where things went very well.

“It’s not so much that creating positivity makes us flow. It’s more removing obstacles to flow that matters,” said Tiziana Casciaro, a professor of organizational behavior and human resource management and the Marcel Desautels Chair in Integrative Thinking at the Rotman School. She is one of four study co-authors of the research into joint task performance.

The researchers chose to focus on pairs because most work in organizations is carried out by pairs of employees who form a team’s core. In this case, the researchers had access to a group of 25 cancer surgeons at a German university-based hospital who were typically paired up for surgeries based on their availability and ability.

The surgeons were asked to confidentially rate how they felt when working with each of their colleagues, be it feeling nervous, tense, alert, excited or relaxed. Their responses were correlated with data the hospital provided on operations the surgeons had done in the several months before and after the survey was completed. This data showed who the surgeons had worked with and how long their surgeries took, which was used as an approximation for performance.

The less tension a surgeon reported feeling with a colleague, the shorter the surgery time. Lower tension was also significantly linked to having enjoyed excellent performance with the colleague at least once in the past several months. Nothing else mattered, not even experiencing positive feelings with a colleague or having shared an average surgical performance with someone, which would imply the absence of errors. Casciaro said she found that “stunning” given that “it’s a big deal to avoid errors.”

For the surgeons, the results suggest that surgical performance could be raised if scheduling managers could consider two surgeons’ past successes together when putting together work pairs, something the German surgeons were excited about, said Casciaro.

Managers in general could also set the stage for a team pair to enjoy shared success, perhaps by selecting people on the basis of complementary skills or personal qualities. Once they enjoy one success, the German surgeon study suggests they may feel more relaxed around one another and be primed for more great performance in the future.

“Maybe the task is a little more challenging or a little more novel,” said Casciaro. “They will be equipped with the feeling they had with each other before and approach the new task with the right emotional makeup.”

The study was co-authored by Miguel Sousa Lobo of INSEAD, Hendrik Wilhelm of Witten/Herdecke University and Michael Wittland of University of Applied Sciences and Arts Hannover. It appeared in Academy of Management Discoveries.