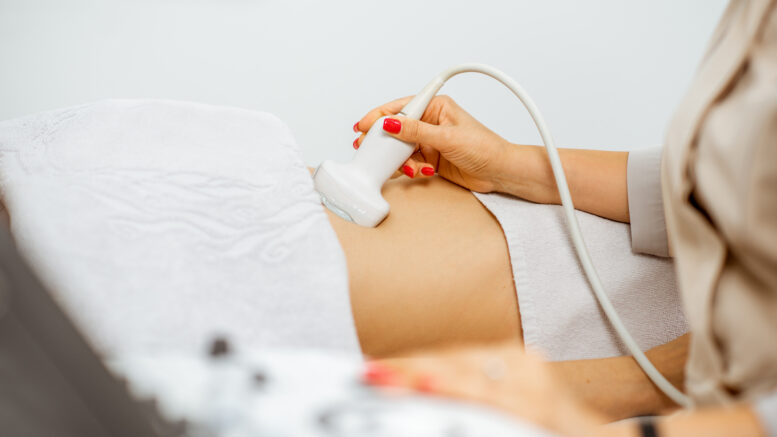 Cleaning and low-level disinfection (LLD) effective against bloodborne pathogens are safe and sufficient procedures for disinfecting ultrasound transducers used in percutaneous procedures, according to an intersocietal position statement issued by the American Institute of Ultrasound in Medicine (AIUM), a healthcare professional organization dedicated to advancing the safe and effective use of medical ultrasound.

Appearing in the peer-reviewed Journal of Ultrasound Medicine, the statement was issued to clear up confusion over disinfection practices and ensure that ultrasound equipment remains both safe and available. Originally published in February 2021, the statement was recently republished with the support of 20 healthcare organizations, together representing more than 790,000 physicians, nurses, infection control professionals, and other healthcare professionals.

“Our hope is that having the support of so many organizations will encourage the widespread adoption of appropriate disinfection practices in clinical and professional settings, bringing significant benefits to patients,” says AIUM CEO Glynis Harvey, CAE.

The position statement was developed to address a growing debate over disinfection practices among practitioners in a wide range of medical specialties, explains Oliver Kripfgans, PhD, a medical ultrasound physicist and research associate professor at the University of Michigan who spearheaded development of the statement.

In many advanced medical procedures, ultrasound is a valuable tool for guiding needles, catheters, and other devices that are inserted through the skin. Such percutaneous procedures include vascular access, arthrocentesis, paracentesis, pericardiocentesis, thoracentesis, lumbar puncture, and the delivery of regional anesthesia.

The current debate stems from confusion over how ultrasound transducers should be disinfected between such procedures. Some practitioners have supported the use of high-level disinfection (HLD) techniques, which typically involve placing transducers in an apparatus that exposes them to specialized disinfecting chemicals such as glutaraldehyde or a mist of hydrogen peroxide. Many hospitals and infection control staff have gone along with such recommendations because of infection concerns during the pandemic, thinking that HLD would provide an extra margin of safety.

Meanwhile, other experts have maintained that adequate protection is provided by use of a disposable transducer cover followed by cleaning and LLD, which involves wiping the equipment thoroughly with standard disinfectants.

To clarify these issues, the AIUM organized an intersocietal taskforce to examine the evidence available in published studies. The taskforce concluded that ultrasound-guided percutaneous procedures can be safely performed in conjunction with cleaning and LLD techniques, noting that transducer covers or other approved mechanical barriers protect the sterility of the procedure. Moreover, evidence showed that rare cases of infection are typically linked to the use of nonsterile or contaminated coupling gels, failure to use a transducer cover, or improper cleaning—but not to the use of LLD techniques.

The video demonstrates an ultrasound-guided peripheral IV insertion using a proprietary barrier and securement dressing that reduces contamination risks by preventing the transducer and ultrasound coupling gel from coming into contact with the needle insertion site.

Equally important, the taskforce found that recommendations for HLD are “not evidence-based and will result in unwarranted and unnecessary use of resources.” Since few hospitals and clinics can afford the equipment and staff resources needed to perform HLD for a high volume of daily procedures, the increase in policies requiring HLD may lead to a reduction in the use of ultrasound during percutaneous procedures—an unfortunate consequence with serious implications.

“There was great concern that we were actually harming patients by requiring high-level disinfection,” says Kripfgans—a concern highlighted by the real-world experience of one of the intersocietal taskforce members.

In an incident described by emergency medicine physician Christopher Kumetz, MD, a patient with a heart issue had a significant delay in diagnosis because the clinic’s sole transducer was unavailable for use while undergoing high-level disinfection. Continuing to impose such requirements for performing HLD between percutaneous procedures, he says, “would destroy point-of-care ultrasound.”

With the support of the 20 signatory organizations (listed below), the AIUM is now launching an educational campaign to publicize the position statement and encourage the adoption of LLD techniques “to ensure that this invaluable tool remains available to every patient who can benefit from it,” says Harvey.

Disclosure: Initial funding for the educational campaign was provided by Parker Laboratories, Inc.