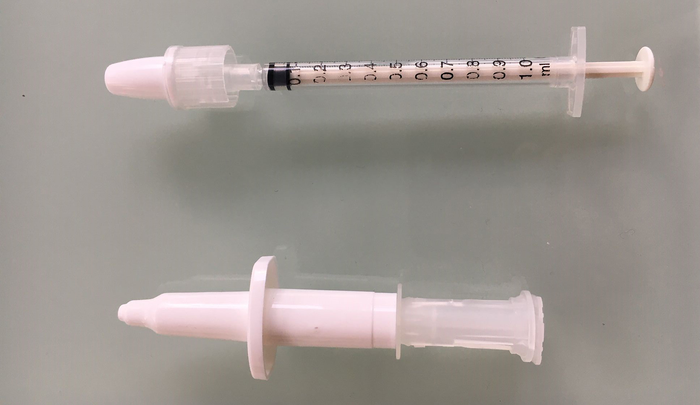 Since June 2020, the BioMAP research team of the INRAE-Université de Tours Infectiology and Public Health (ISP) joint research unit, a member of the Carnot Institute’s France Futur Elevage network, has been working on the development of a nasal vaccine against the SARS-CoV-2 virus, with the support of several teams from universities, academia and INRAE.

Pre-clinical tests had demonstrated the efficacy of the vaccine candidate after two nasal immunizations delivered three weeks apart, both in terms of the immune response and early neutralization of the original virus and its variants, greatly decreasing the risk of contamination by a vaccinated individual. The results of this non-adjuvanted protein vaccine were confirmed at the end of 2021 by new pre-clinical trials on rodents validating its effectiveness against the Delta variant. The vaccine, consisting of the spike protein and non-mutated viral proteins, would therefore protect against the currently circulating strain of SARS-CoV2 despite multiple mutations.

The support of the ANRS | Maladies infectieuses émergentes on this vaccine candidate will allow the consolidation of the design as well as monitoring all the phases to be carried out until market launch.

Founded by Isabelle Dimier-Poisson from the UMR ISP and head of the BioMAP research team at the origin of the project and Patrick Barillot, former development director at Recipharm, the start-up LoValTech (for Loire Valley Technology) has held an exclusive licence to exploit the vaccine candidate since its creation in January 2022, granted jointly by the Université de Tours and INRAE. Mathieu Epardaud (INRAE researcher) and Nicolas Aubrey (associate professor at the Université de Tours), both members of BioMAP, are also part of the adventure as partners and will be scientific consultants for the startup. The ANR and the Centre-Val-de-Loire region provided an initial funding of €500,000 for scientific development. The Ministry of Higher Education, Research and Innovation allocated a further €1.5 million and the ANRS | Maladies infectieuses émergentes 0.9 million, for a total of €2.4 million, to the Université de Tours in order to carry out the production of the vaccine proteins in a GMP (Good Manufacturing Practice) environment, essential for clinical trials. From the first quarter of 2022, the challenge will be to produce this biomedicine through the Toulouse-based company GTP Bioways and to launch the production of clinical batches for clinical trials in the second quarter.

At the same time, the specific instillation systems -- a novel design -- of this vaccine in the nose are the subject of collaborative exchanges with two specialised companies, Resyca and Aptar Pharma.