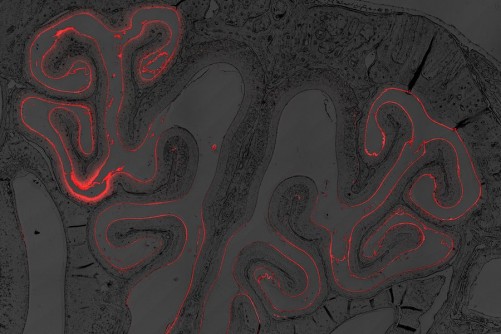 A University of Minnesota assistant professor is part of a team that has developed a new way to effectively deliver vaccines through mucosal tissues in the nose that could lead to better protection against pathogens like human immunodeficiency virus (HIV) and SARS-CoV-2, the virus that causes COVID-19.

The researchers tested the technology on mice and non-human primates and found that the vaccine generated strong immune responses, paving the way for further study and development of nasal vaccines.

The study is published in Science Translational Medicine, an interdisciplinary medical journal published by the American Association for the Advancement of Science (AAAS).

Historically, nasal vaccines—which would be administered through a nebulizer or spray—have been difficult to make successfully. The mucus in the nose typically clears out or breaks down the vaccine’s components, such as protein antigens, before they can access underlying tissues to activate the body’s immune cells.

“So, it's kind of like we're establishing a frontline and backup defense at the same time,” she said.

Hartwell and her team have found a way to help vaccine antigens bypass the mucosal barriers in the nose by engineering them to bind onto a protein called albumin, which naturally occurs in the human body and has the ability to get around these roadblocks. The antigens could then effectively “hitchhike” on albumin to get to their destination—the immune tissues underlying in the nose—to start activating an immune response.

And, the researchers’ vaccine proved effective at generating immunity not just in the nose, but in other mucosal tissues of the body as well, which include the upper respiratory system, lungs, and genitourinary tract. The latter is especially relevant for vaccinating against a virus like HIV, which is transmitted through those sites.

“This is really significant for the field of mucosal vaccination,” Hartwell said. “It shows something new, that we’ve designed a vaccine capable of overcoming barriers to delivery that have historically plagued the development of other mucosal vaccines. It’s particularly relevant right now because we’re all living in the midst of the COVID pandemic that’s continuing to affect our lives. And as long as there’s spread and transmission, the virus has a chance to evolve into new variants with the potential to be harmful. This research shows the development of a slightly different kind of vaccine that could provide even better protection than what we currently have by blocking transmission, preventing us from catching and passing the virus onto others.”

Hartwell is continuing to study and develop this new vaccine technology in her lab at the University of Minnesota Twin Cities and hopes to adapt it to other diseases and illnesses in the future.

Source: University of Minnesota College of Science and Engineering