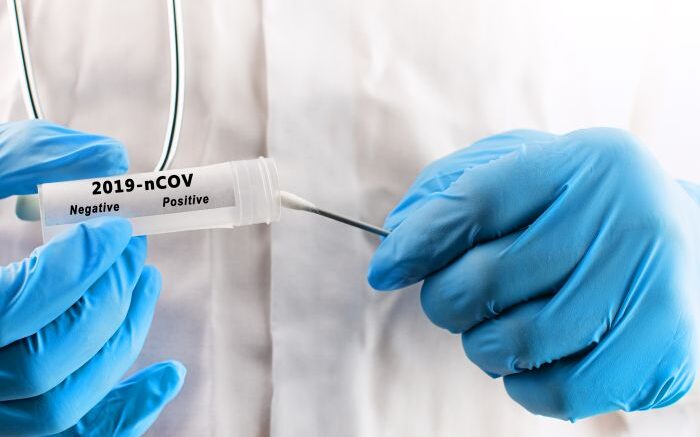 In a recent study, scientists at the Harvard T.H. Chan School of Public Health and Beth Israel Deaconess Medical Center used live virus culture to assess how well four rapid antigen tests are able to detect these COVID variants of concern. The findings suggest that while the rapid antigen tests remain a useful tool for the detection of COVID-19 infections, continuous assessment and updating is likely needed in the context of variants of concern. Their work is published in the Journal of Clinical Microbiology.

“Unlike the sensitive molecular tests that detect multiple SARS-CoV-2 genes, rapid antigen tests target a single viral protein,” said co-corresponding author James Kirby, MD, director of the clinical microbiology laboratory at BIDMC. “As the pandemic continues, however, some hypothesize that the performance of available antigen test may vary among the COVID variants of concern.”

Using three strains of cultured live virus, the team assessed differences in the limits of detection (LoD) – the smallest amount of viral antigen detectable at 95 percent certainty – of four commercially available rapid antigen tests; the Binax, CareStart, GenBody and LumiraDx tests. The researchers found that all four tests were as sensitive to the Omicron variant, if not more, as they were to original SARS-CoV-2 viral strain, known as WA1. Three tests, however, showed less sensitivity to the Delta strain, with only the CareStart demonstrating equal detection of all three strains.

“We expect that the observed loss in Delta sensitivity could have resulted in a 20 percent or more loss of detection in potentially infectious individuals – nevertheless, the most infectious individuals still should have been detected,” said Kirby, also a professor of pathology at Harvard Medical School. “However, our findings suggest that antigen test performance needs to be reevaluated for emerging variants to ensure they still meet the intended public health testing goals of the pandemic.”