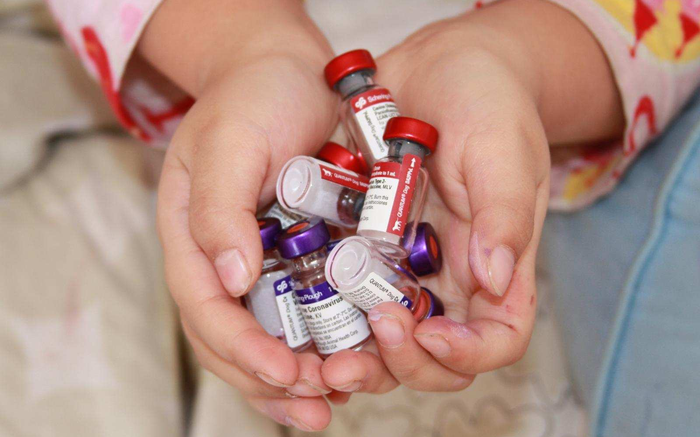 A comparison of four COVID-19 vaccinations shows that messenger RNA (mRNA) vaccines — Pfizer-BioNTech and Moderna — perform better against the World Health Organization’s variants of concern (VOCs) than viral vector vaccines — AstraZeneca and J&J/Janssen. Although they all effectively prevent severe disease by VOCs, the research, publishing May 17 in the open access journal PLOS Medicine, suggests that people receiving a viral vector vaccine are more vulnerable to infection by new variants.

By March 2022, COVID-19 had caused more than 450 million confirmed infections and 6 million reported deaths. The first vaccines approved in the US and Europe that protect against serious infection are Pfizer-BioNTech and Moderna, which deliver genetic code, known as mRNA, to the bodies' cells, whereas Oxford/AstraZeneca and J&J/Janssen are viral vector vaccines that use a modified version of a different virus — a vector — to deliver instructions to our cells. Three vaccines are delivered as two separate injections a few weeks apart, and J&J/Janssen as a single dose.

Four weeks after the initial two doses, antibody responses to the original SARS-CoV-2 viral strain were highest in recipients of Moderna, followed closely by Pfizer-BioNTech, and were substantially lower in those who received viral vector vaccines. Tested against the VOCs – Alpha, Beta, Gamma, Delta and Omicron – neutralizing antibodies were higher in the mRNA vaccine recipients compared to those who had viral vector vaccines. The ability to neutralize VOCs was reduced in all vaccine groups, with the greatest reduction against Omicron. The Pfizer-BioNTech booster increased antibody responses in all groups with substantial improvement against VOCs, including Omicron.

The researchers caution that their AstraZeneca group was significantly older, because of safety concerns for the vaccine in younger age groups. As immune responses tend to weaken with age, this could affect the results. This group was also smaller because the Dutch government halted use for a period.