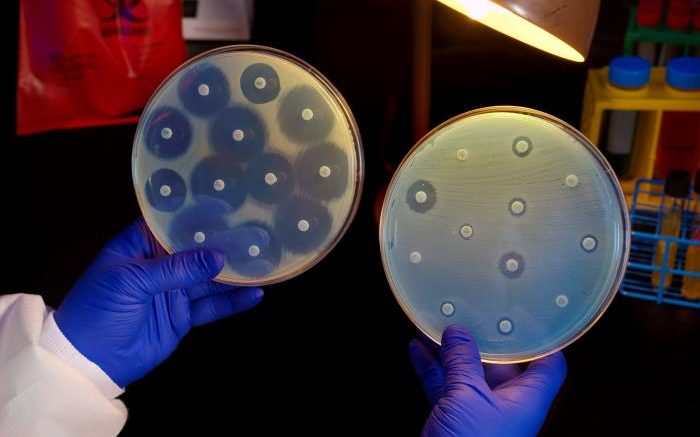 In December 2021, as the world prepared to enter the third year of the COVID-19 pandemic, 194 member countries at the World Health Organization unanimously agreed to pursue a global agreement governing future worldwide responses to infectious diseases. The goal is to prevent the next pandemic, or at a minimum, to effectively contain it with minimal cost to human lives and national economies.

COVID-19, like the 1918 influenza and 2009 H1N1 pandemics, was caused by a new virus. But public health experts, including those at York University, have long been concerned by the emergence of so-called “superbugs,” existing bacterial, viral, or fungal pathogens that have evolved to evade the antibiotics, antivirals and antifungals developed to kill them.

The scope and severity of antimicrobial resistance (AMR) and the urgent need for a coordinated global response are the subjects of a new paper, co-authored by 25 scholars — from York and Oxford, among several others — and published today in the American Journal of Public Health. Titled “Governing Global Antimicrobial Resistance: 6 Key Lessons From the Paris Climate Agreement,” the paper emerged out of a collaboration between York and Oxford University, including consensus workshops held in May 2019 at the Oxford Martin School in the U.K. The authors argue that the six lessons from the Paris Accord should form the basis of any multi-country agreement or action plan on AMR.

A recent paper published in The Lancet provides new evidence that the global scale of superbugs that emerge is already much higher than previously estimated, killing an estimated 1.27 million people each year.

“Every single use of an antimicrobial treatment — every time an antimicrobial is prescribed by a doctor or administered en masse to livestock — increases the chance that microbes will develop permanent, irreversible resistance to the medicines that we use to stop their spread,” says the study’s lead author, Isaac Weldon, a CIHR-funded PhD candidate in political science at York’s Faculty of Liberal Arts & Professional Studies.

“As we say in the paper, every single antibiotic treatment or antimicrobial consumed has potentially global implications. Resistant microbial pathogens that spread throughout the world would essentially cause untreatable pandemic diseases. And that would require non-pharmaceutical inventions like lockdowns, masking, contact tracing and isolation to contain them — everything we just went through for the past two years.”

Here are the six elements of the Paris Climate Agreement that Weldon and his co-authors argue should be applied to the global governance of AMR:

“Binding rules imposed on all countries are necessary because any single country’s effort to control AMR is doomed to fail without the coordinated effort of the world,” Weldon says. “Even if Canada were to impose the perfect AMR regime, all it would take to undermine it is one passenger arriving on one airline flight with a resistant pathogen from another country without such a regime. So, in the absence of universal standards and accountability, a single country like Canada would be imposing a cost on itself by going it alone on AMR. It would make its economy less competitive; it would make things harder for doctors, farmers, and corporations that have come to rely on antimicrobials with little guarantee of success. It’s almost a non-starter – why would Canada impose these costs and constrain itself against other countries who aren’t taking the initiative to address AMR? But with a coordinated global effort, the opportunity to create healthier societies, save countless lives, and preserve the effectiveness of antimicrobials for future generations makes the equation a no-brainer. Global cooperation here is the key.”

The AMR study emerged from consensus workshops convened by the Global Strategy Lab, an interdisciplinary research lab based at York and Ottawa U, and the world’s only WHO-affiliated Collaborating Centre on Global Governance of Antimicrobial Resistance.

“This publication showcases the exciting work happening at York on the global health policy measures needed to achieve the Sustainable Development Goals (SDGs). In this case, through an active research partnership with the University of Oxford,” says the Global Strategy Lab’s director, Steven J. Hoffman, a professor of Global Health, Law, and Political Science at York’s Faculty of Health and Osgoode Hall Law School and the Dahdaleh Distinguished Chair in Global Governance & Legal Epidemiology. “A lot of times, research is about identifying problems, but this study was about solutions. What specific steps must countries take collectively to ensure more equitable access to antimicrobials, conservation of current effective antimicrobials, and innovation in the development of new antimicrobial treatments? The fact that the paper is short, running to only five pages, testifies to the remarkable degree of consensus that the scholars worked hard to achieve during the workshops at Oxford. It also shows what that our doctorial students, like Isaac, the lead author, are capable of, the difference they can make. Sometimes we’re too focused on professors, and we forget about the important research contributions of PhD students.”

The study was funded by the Wellcome Trust, Oxford Martin School, and the Social Sciences & Humanities Research Council of Canada.