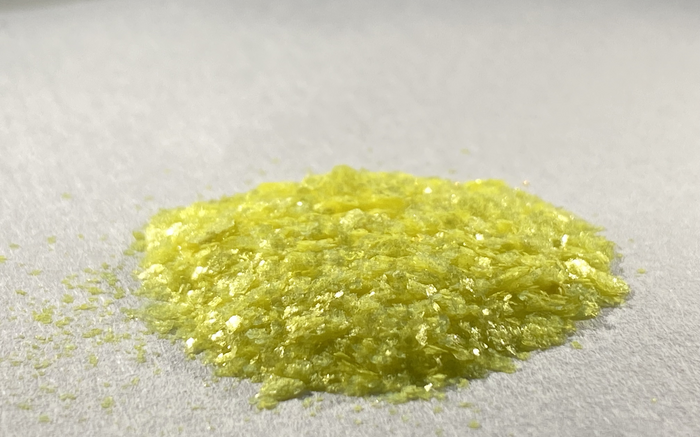 According to scientists, salen is relatively simple and inexpensive to synthesize. Courtesy of UrFU/Damir Safin

Researchers found out that salen is able effectively bind a number of proteins of the coronavirus SARS-CoV-2. Scientists used the method of molecular docking and discovered, that salen shows activity to the non-structural protein nsp14, which prevents the destruction of the virus. New finding can be useful for new drugs creation and effective treatments for coronavirus infection. The results of the study are published in the Polycyclic Aromatic Compounds.

“Our study focused on a well-known compound, salen. We tried to assess the potential activity of this compound against a series of proteins of the SARS-CoV-2, which cause the Covid-19 disease. We found out that salen can potentially interact with the studied proteins, and the best results were obtained for the non-structural protein nsp14, which protects the virus from destruction," says Damir Safin, research engineer at the Organic Synthesis Laboratory of Ural Federal University.

The term “salen” refers to a tetradentate Schiff base, derived from salicylaldehyde and ethylenediamine. Salen itself as well as its derivatives are important ligands in many fields of practical application. This is an organic compound which is capable to coordinate some metals, stabilizing them in different oxidation states. Metal complex compounds of salen derivatives are also actively used as catalysts.

As a part of salen contains two "fluid" hydrogen atoms of hydroxyl groups. Each of these hydrogen atoms can move to nitrogen atoms, thereby forming different shapes of the molecule. Such a process is called tautomerization, and the participants in this process are tautomers or tautomeric forms.

“We’ve explored the potential interaction of various tautomers salen with SARS-CoV-2 proteins to identify the most preferred tautomeric form of the studied molecule in terms of the effectiveness in interaction with proteins. Of course, our research is only the first step towards understanding how salen can be used in the fight against Covid-19, much remains to be explored. However, the results we obtained inspire a certain optimism," Safin.