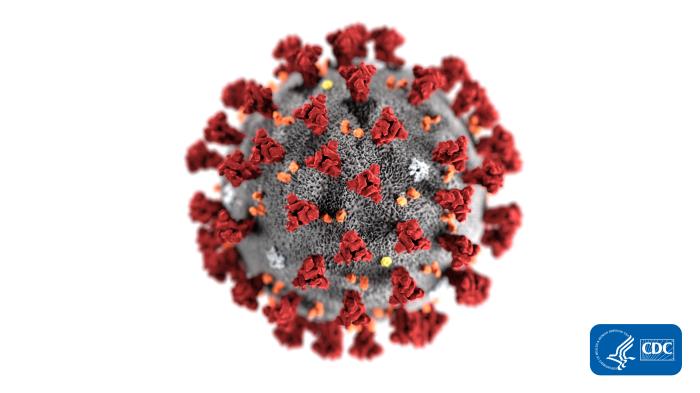 Italy was the main origin of the individuals who first brought the novel coronavirus to Brazil, according to a study by Brazilian researchers in collaboration with colleagues in the United Kingdom, Canada and the United States.

The COVID-19 pandemic arrived in Brazil between February and early March.

"In contrast with China and other countries, where the outbreak began slowly with a small number of cases, it was started in Brazil by more than 300 people, most of whom came from Italy. The virus spread very quickly as a result," said Ester Sabino, one of the authors of the study. Sabino is a professor at the University of São Paulo's Medical School (FM-USP) and headed the university's Institute of Tropical Medicine (IMT-USP) between 2015 and 2019.

Most of these people came from Italy to São Paulo City, where the first cases of the disease in Brazil were notified, but some went to other destinations, including Rio de Janeiro, Porto Alegre, Salvador, Curitiba, Belo Horizonte, Fortaleza, Recife, Vitória and Florianópolis, contributing to the nationwide spread of the disease.

The study was supported by São Paulo Research Foundation - FAPESP under the aegis of the Brazil-UK Center for Arbovirus Discovery, Diagnosis, Genomics and Epidemiology (CADDE). The results are reported in an article published in the Journal of Travel Medicine.

The researchers estimated that 54.8% of all cases of COVID-19 imported into Brazil by March 5 derived from people infected in Italy, followed by passengers who flew in from China (9.3%) and France (8.3%).

They also estimated that 24.9% of all infected people flying to Brazil during the period traveled from Italy to São Paulo, and that Italy was the start of five of the ten main routes for infected travelers coming to Brazil (via China, France, Switzerland, South Korea and Spain).

To identify the main routes for the importation of COVID-19 to Brazil, the researchers analyzed February-March 2020 data for passengers traveling to any Brazilian airport from 29 countries with confirmed cases of the disease.

They estimated the proportion of infected travelers potentially arriving in Brazilian cities from each country and for each route based on the total number of passengers flying to any Brazilian airport during the period, country populations and the number of cases notified by these countries as of March 5, 2020.

The estimates were corroborated by the Brazilian Ministry of Health's official data on notified cases, showing that 14 of the first 29 patients diagnosed with COVID-19 in Brazil had just been to Italy. Six of them (23.1%) were notified in São Paulo.

"It was very clear that São Paulo would be the epicenter of the epidemic in Brazil because it was the final destination for the largest number of infected people coming mainly from Italy," Sabino said.

According to Sabino, who led the genome sequencing of the coronaviruses isolated from the first two confirmed cases of COVID-19 in Brazil, sustained community transmission of the disease now prevails and the authorities should focus on restricting internal mobility in order to contain the epidemic.

This means restricting the mobility of the inhabitants of São Paulo, where most of the confirmed cases in Brazil have been notified.

"São Paulo and to a lesser extent Rio de Janeiro will be the hubs from which the virus spreads to the rest of the country, so people should be prevented from leaving these two cities," she said.

The researchers led by Sabino continue to sequence SARS-CoV-2 isolated from Brazilians diagnosed with COVID-19. At one point they had to stop because some of their members were thought to have been infected.

"We had to shut down the lab, but we're back now and will analyze whether we can sequence a larger number of viral genomes," Sabino said.

The speed with which the disease spread around Brazil has disrupted the group's plans. "Transmission of the virus is proceeding so fast that the sequencing data can't help us understand how the epidemic is spreading as we planned," Sabino said.

The researchers expected to be able to sequence viruses as sporadic cases of the disease were notified in order to keep track of the transmission trajectory and contribute to the design of a containment strategy, but the number of cases arriving at the lab simultaneously turned out to be too high.

"It won't be possible to control the epidemic with sequencing alone. It's spreading very fast, and we can no longer track all the cases," Sabino said.

The number of genomes sequenced worldwide from infected patients has almost reached 800. These sequences are being made public, and can be used for research on primary resistance to help develop promising antiviral drugs against the virus, Sabino explained.

"When a candidate drug is found, a database of viral genome sequences will certainly be useful for this purpose," she said.

Be the first to comment on "54.8% of COVID-19 Cases Imported to Brazil by March 5 Came From Italy"