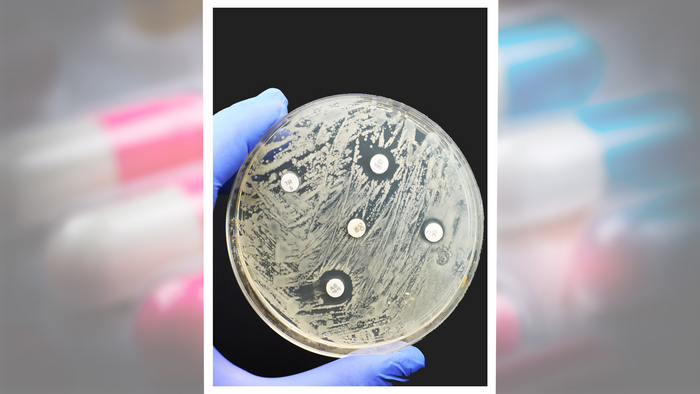 The COVID pandemic has revealed just how delicate our public health is in terms of overcoming infectious diseases and antimicrobial resistance. Over the last decade small proteins known as antimicrobial peptides (AMPs) have delivered promising results in helping anti-infectives overcome increasing antibiotic-resistance problems but have proven difficult to commercially produce.

Now, a radical research project involving experts from the University of Huddersfield aims to develop a new method for the commercial production of AMPs which if successful will open up a whole new range of opportunities for the use of bio-active peptides.

Titled RADOV or ‘RADiation harvesting of bioactive peptides from egg prOteins and their integration in adVanced functional products’, the four-year project features an international consortium of partners and has been awarded €2million from the European Union’s Euratom Research and Training Program (EURATOM) Horizon Europe to carry out the necessary research.

Heading the team is professor Robert Edgecock from the University’s School of Computing and Engineering. He revealed why AMPs have aroused great interest as potential next-generation antibiotics and how because long-term chemotherapy in cancer patients can lead to resistance to conventional cancer treatments and a susceptibility to pathogenic infection, due to AMPs' antibacterial and anticancer properties, they could also become a new treatment option for cancer patients.

“Antimicrobial peptides (AMPs) are small proteins present in different lifeforms in nature, or that result from enzymatic digestion of proteins, which provides these lifeforms with a natural defence against microbial infections,” he said.

“In addition to the more specific antibacterial and anti-viral actions, they have shown immune-modulatory activities, antifungal actions, anti-inflammatory properties and even possess the ability to disintegrate cancerous cell membranes,” he added.

What makes AMPs viable and important alternative antimicrobial agents, explained Professor Edgecock, is the fact that the development of resistance by the microbes against the AMPs is relatively slow or delayed compared to that against conventional antibiotics.

“However, despite their promise,” he said, “very few of the AMPs have been commercialised so far, mainly due to technical difficulties in their manufacture.”

To begin with, the researchers will use beams of electrons to synthesise the AMPs from egg proteins, and the results acquired regarding the peptide structure, irradiation conditions, and related bioactivity properties will become a vital output of the project.

The researchers will then use electron beam irradiation to further integrate the AMPs into two new products, peptide-laden antimicrobial/antioxidant hydrogel wound dressings and peptide-grafted active plastic foils for food packaging. This will effectively demonstrate the potential of the technique and the benefit of the antimicrobial properties of egg-derived bioactive peptides manufactured by radiation-induced fragmentation.