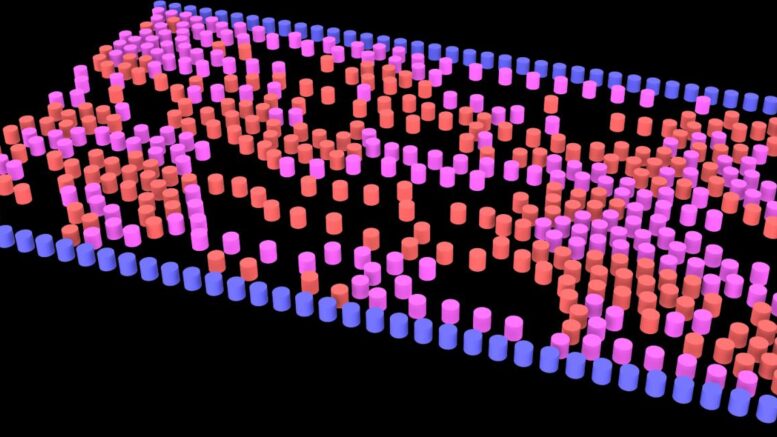 At the 73rd annual meeting of the American Physical Society's Division of Fluid Dynamics, researchers presented a range of studies investigating the aerodynamics of infectious disease. Their results suggest strategies for lowering risk based on a rigorous understanding of how infectious particles mix with air in confined spaces.

Research early in the pandemic focused on the role played by large, fast-falling droplets produced by coughing and sneezing. However, documented super-spreader events hinted that airborne transmission of tiny particles from everyday activities may also be a dangerous route of infection. Fifty-three of 61 singers in Washington state, for example, became infected after a 2.5-hour choir rehearsal in March. Of 67 passengers who spent two hours on a bus with a COVID-19-infected individual in Zhejiang Province, China, 24 tested positive afterward.

William Ristenpart, a chemical engineer at the University of California, Davis, found that when people speak or sing loudly, they produce dramatically larger numbers of micron-sized particles compared to when they use a normal voice. The particles produced during yelling, they found, greatly exceed the number produced during coughing. In guinea pigs, they observed influenza can spread through contaminated dust particles. If the same is true for the SARS-CoV-2, the researchers said, then objects that release contaminated dust--like tissues--may pose a risk.

Abhishek Kumar, Jean Hertzberg, and other researchers from the University of Colorado, Boulder, focused on how the virus might spread during music performance. They discussed results from experiments designed to measure aerosol emission from instrumentalists.

"Everyone was very worried about flutes early on, but it turns out that flutes don't generate that much," said Hertzberg. On the other hand, instruments like clarinets and oboes, which have wet vibrating surfaces, tend to produce copious aerosols. The good news is they can be controlled. "When you put a surgical mask over the bell of a clarinet or trumpet, it reduces the amount of aerosols back down to levels in a normal tone of voice."

Engineers led by Ruichen He at the University of Minnesota investigated a similar risk-reduction strategy in their study of the flow field and aerosols generated by various instruments. Although the level of aerosols produced varied by musician and instrument, they rarely traveled more than a foot away. Based on their findings, the researchers devised a pandemic-sensitive seating model for live orchestras and described where to place filters and audience members to reduce risk.

While many formerly office-bound employees continue to work from home, employers are exploring ways to safely reopen their workplaces by maintaining sufficient social distance between individuals. Using two-dimensional simulations that modeled people as particles, Kelby Kramer and Gerald Wang from Carnegie Mellon University identified conditions that would help avoid crowding and jamming in confined spaces like hallways.

Traveling to and from office buildings in passenger cars also poses an infection risk. Kenny Breuer and his collaborators at Brown University performed numerical simulations of how air moves through passenger car cabins to identify strategies that may reduce infection risk. If air enters and exits a room at points far away from passengers, then it may reduce the risk of transmission. In a passenger car, they said, that means strategically opening some windows and closing others.

MIT mathematicians Martin Bazant and John Bush proposed a new safety guideline built on existing models of airborne disease transmission to identify maximum levels of exposure in a variety of indoor environments. Their guideline depends on a metric called "cumulative exposure time," which is determined by multiplying the number of people in a room by the duration of the exposure. The maximum depends on the size and ventilation rate of the room, the face covering of its occupant, the infectiousness of aerosolized particles, and other factors. To facilitate easy implementation of the guideline, the researchers worked with chemical engineer Kasim Khan to design an app and online spreadsheet that people can use to gauge the risk of transmission in a variety of settings.

As Bazant and Bush wrote in a forthcoming paper on the work, staying six feet apart "offers little protection from pathogen-bearing aerosol droplets sufficiently small to be continuously mixed through an indoor space." A better, flow-dynamics-based understanding of how infected particles move through a room may ultimately yield smarter strategies for reducing transmission.