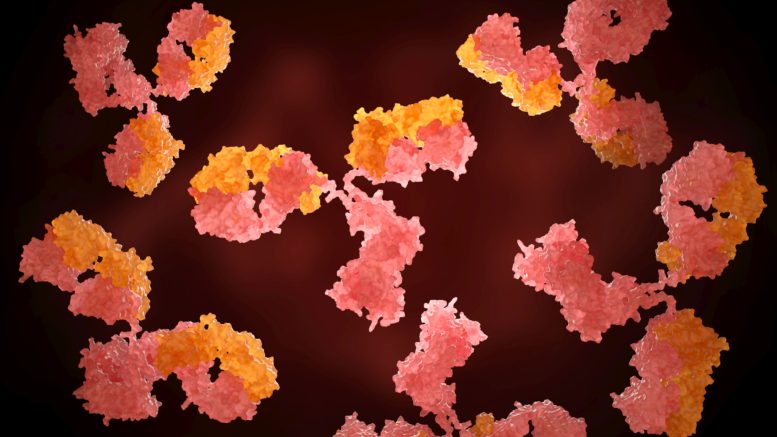 Past exposure to seasonal coronaviruses (CoVs), which cause the common cold, does not result in the production of antibodies that protect against the novel coronavirus SARS-CoV-2, according to a study led by Scott Hensley, PhD, an associate professor of microbiology at the Perelman School of Medicine at the University of Pennsylvania.

Prior studies have suggested that recent exposure to seasonal CoVs protects against SARS-CoV-2, the virus that causes COVID-19. However, research from Hensley's team, published in Cell, suggests that if there is such protection, it does not come from antibodies.

"We found that many people possessed antibodies that could bind to SARS-CoV-2 before the pandemic, but these antibodies could not prevent infections," Hensley said. "Although antibodies from prior coronavirus infections cannot prevent SARS-CoV-2 infections, it is possible that pre-existing memory B cells and T cells could potentially provide some level of protection or at least reduce the disease severity of COVID-19. Studies need to be completed to test that hypothesis."

The researchers examined blood samples banked before the pandemic from hundreds of people. They found that more than 20 percent of these pre-pandemic samples carried "cross reactive" anti-CoV antibodies that could bind not only to ordinary cold-causing CoVs but also to key sites on SARS-CoV-2. However, these cross-reactive antibodies could not neutralize the infectivity of SARS-CoV-2, and were not associated with better outcomes in people who later went on to get COVID-19.

The scientists also found from blood testing in different groups that both children and adults on average tend to have similar levels of cross-reactive anti-CoV antibodies -- implying that these antibodies are not the factor that confers protection against severe COVID-19 among most children.

The COVID-19 pandemic, after more than a year of global spread, has resulted in more than 100 million reported infections, of which more than two million have been fatal. Although some risk factors, such as age, are clear enough, scientists still don't fully understand why some people become deathly sick with COVID-19 while others escape with mild illness or even no symptoms.

Antibodies have been considered one possible explanation. Ordinary seasonal coronaviruses, of the type that cause colds, have long circulated in the human population. An obvious hypothesis is that some of the antibodies elicited by these common infections cross-react with the novel coronavirus SARS-CoV-2, providing some measure of protection, at least against severe COVID-19 illness.

In one set of analyses that Hensley and colleagues conducted, they examined blood samples collected from 263 children at the Children's Hospital of Philadelphia, and from 168 adults at the Penn Medicine Biobank. The samples had been taken in 2017, more than two years before the SARS-CoV-2 pandemic started.

The researchers found that most of the 431 samples contained antibodies to ordinary, seasonal CoVs. Some samples, about 20 percent, contained anti-CoV antibodies that were "cross reactive" with SARS-CoV-2, binding tightly to sites on its outer spike protein and/or its nucleocapsid protein -- the two coronavirus proteins that are most accessible to the immune system of infected hosts.

Hensley and colleagues separately analyzed blood samples banked before the pandemic from 251 people who later went on to test positive for SARS-CoV-2, and a control group of 251 people -- matched for age and other relevant characteristics -- who did not test positive for the novel coronavirus. Again, they found that greater than 20 percent of the pre-pandemic samples contained anti-CoV antibodies that could cross-react with the SARS-CoV-2 spike and/or nucleocapsid proteins. Yet similar proportions of the infected and uninfected groups had these cross-reactive antibodies, implying that they provided no protection against SARS-CoV-2 infection. Moreover, in the group that later went on to be infected with SARS-CoV-2, levels of cross-reactive anti-CoV antibodies in their pre-pandemic blood samples did not correlate with measures of COVID-19 severity such as the need for hospitalization or ICU care.

In a third set of tests, the researchers analyzed blood samples from 27 hospitalized COVID-19 patients, and found that levels of these cross-reactive anti-CoV antibodies were strongly boosted during the course of COVID-19 illness.

The researchers recommend that larger studies be done to definitively resolve the question of whether pre-existing anti-CoV antibodies can protect against SARS-CoV-2 viruses. They also suggest that further studies examine other types of immune response, such as the T cell response, to see if these provide a measure of cross-reactive protection following seasonal CoV infection.

In the meantime, though, they say their results suggest that the shared sites where some antibodies bind both to seasonal coronaviruses and to SARS-CoV-2 are generally not vulnerable sites where SARS-CoV-2 can be neutralized.

The co-first authors of the study were Elizabeth Anderson, Eileen Goodwin, and Anurag Verma. The study was a collaboration including not only Hensley's laboratory but also the Penn Medicine laboratories of Paul Bates PhD, a professor of Microbiology, Michael Betts, PhD, a professor of Microbiology, Sara Cherry PhD, a professor of Pathology and Laboratory Medicine, Alex Huang, MD, an instructor of Hematology-Oncology, Nuala Meyer, MD, MS, an associate professor of Pulmonary and Critical Care Medicine, Daniel Rader MD, the Seymour Gray Professor of Molecular Medicine and chair of the Department of Genetics, and E. John Wherry, PhD, chair of Systems Pharmacology and Translational Therapeutics and director of the Penn Institute of Immunology.