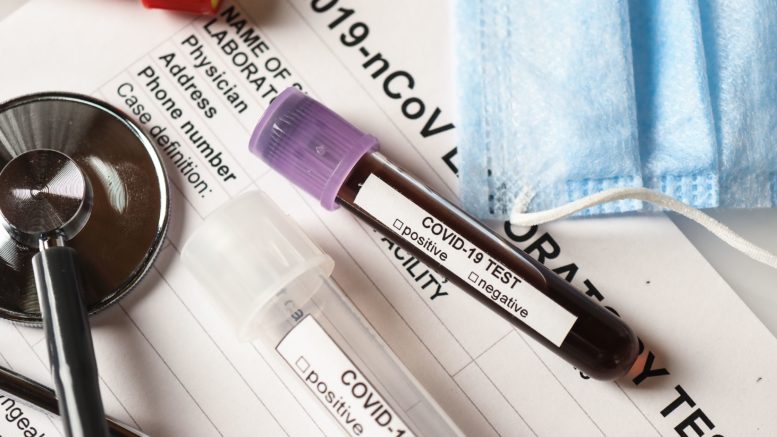 A new study in healthcare workers led by the Barcelona Institute for Global Health (ISGlobal), an institution supported by "la Caixa" Foundation and the Hospital Clínic of Barcelona, shows that IgA and IgM antibodies to SARS-CoV-2 decay quickly, while IgG antibody levels are maintained for at least three months after infection. The longer follow-up of this cohort will provide much-needed information on the duration of different types of antibodies to SARS-CoV-2, the virus that causes COVID-19, as well as their role in protecting from disease and reinfection.

Since the start of the COVID-19 pandemic, there have been two burning questions: how many people have really been infected, and whether infected people are protected from future reinfections or disease. ISGlobal researchers Carlota Dobaño and Alberto García-Basteiro joined forces to help answer these questions with the SEROCOV1 study, which intends to follow-up a cohort of over 550 health care workers at the Hospital Clínic of Barcelona.

The team showed that, at the peak of the COVID-19 pandemic in Spain, the prevalence of SARS-CoV-2 infection among health care workers was 11.2% (9.2% had antibodies and 2% had active infection detected by PCR). This was slightly higher than the antibody prevalence among the general population in Barcelona (7%), estimated by a national seroprevalence study performed shortly after.

In this new study, researchers from ISGlobal and Hospital Clínic present data after 3 months of follow-up of the same cohort of healthcare workers. As in the first study, an immune assay based on the Luminex technology developed by Dobaño's team was used to measure three main types of antibodies (IgM, IgG and IgA) directed against the receptor binding domain (RBD) of the SARS-CoV-2 Spike protein, which allows it to infect human cells.

The results show that, one month after the initial seroprevalence assessment conducted at the beginning of April 2020, the percentage of participants with evidence of previous or current infection had increased to 15% and that around 60% of the new infections detected were asymptomatic. "In one month, we found 25 new infections among the participants, which is quite high, considering that the peak of the pandemic had passed and the population had been confined for more than one month," says García-Basteiro, who is also a medical doctor at the International Health Service of Hospital Clínic.

Of the 82 seropositive participants detected at month 1, 66 were followed up for an additional two months. By month three, most (78%) had no longer detectable levels of IgM, some (24.5%) had no longer detectable IgA, but the majority (97%) maintained detectable levels of IgG. In fact, IgG levels in some of the participants increased as compared to the first analysis. Symptomatic cases had higher levels of IgA but no differences in the speed at which antibodies declined were observed between asymptomatic and symptomatic infections. Overall, IgG1 levels were higher, although high IgG2 levels correlated with a longer duration of symptoms.

"Our findings confirm that IgM and IgA antibodies rapidly decline within the first month or two after infection, which should be kept in mind when performing seroprevalence studies or interpreting serological results" says Gemma Moncunill, first author of the study. "While the duration of detectable IgG antibodies following infection is still unknown, our results show that they remain relatively stable for at least three months," she adds. The SEROCOV1 team (which includes researchers from several ISGlobal's programs and from the departments of Occupational Health, Preventive Medicine and International Health at Hospital Clínic) plans to follow-up this cohort for a longer time, in order to assess the evolution of the seroprevalence in this high risk group, the duration of detectable antibodies, including several isotypes and subclasses to several antigens, and their role in protecting from disease and reinfection.

In fact, Dobaño's team has recently developed and published a multiplex assay for simultaneously measuring IgM, IgA and IgG to a panel of eight different viral fragments (antigens) from SARS-CoV-2 spike (S), nucleoprotein (N) and membrane (M) proteins. The assays show a specificity of 100% and a sensitivity of over 95%, and have been optimized to minimize processing time. By combining multiple markers, these assays can detect a wider range of low-level antibody responses in the population. "In addition to better assessing SARS-CoV-2 immunity in the population, these assays can be of great value for evaluating markers of protection when testing COVID-19 vaccines," says Dobaño.