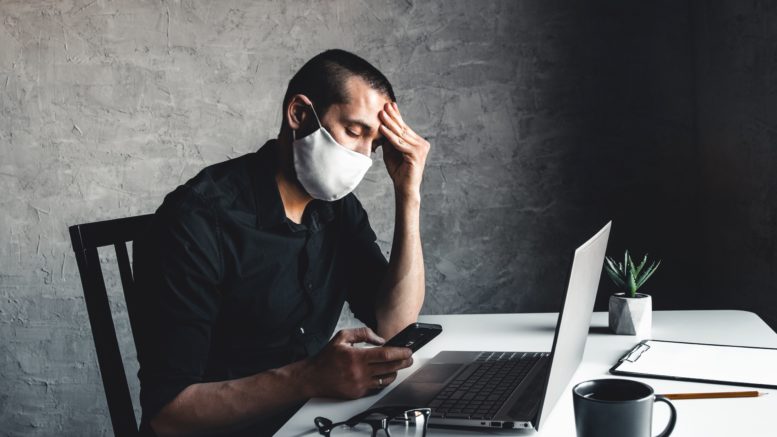 New research into this question shows that the second wave of an epidemic is very different if a population has a homogenous distribution of contacts, compared to the scenario of subpopulations with diverse number of contacts.

The research, by authors from Oakland University, Novi High School, and California Polytechnic State University, used a simulation approach to model the progress of an epidemic in a network where the connectivity of each individual changed over time, modelling the effects of political decisions made concerning various degrees of quarantine. It was published on December 23 in Europhysics Letters.

The authors stated, "Recently, several authors incorporated quarantine into COVID-19 modeling. However, these models were not network-based. In addition, they did not address the question of the optimal strategy for easing the quarantine in order to minimize the net number of infected individuals - one of the central questions in the present paper." The benefits of a network-based model are that it more accurately accounts for a peaked distribution of individual disease durations, which is a problem for continuum models; also, it does not require the assumption of an equal number of contacts for each individual, so it more accurately models the underlying microscopic structure of the social network.

The results suggest an optimal degree-based procedure for lifting the quarantine: "high degrees go first. In practice, when the state lifts the strict quarantine (or moves from one phase of quarantine to the next phase), there is always a choice. One can open smaller stores (where cashiers are high-degree nodes) or/and one can allow gatherings (which typically consist of low-degree nodes). The model suggests that the stores need to be opened first: this way we can save many individuals (mostly low-degree nodes) from being infected".

The authors continue: "This has two important consequences: first, it stresses the relevance of adopting lockdown measures to stop the first outbreak of an epidemic, and second, it shows that second and further waves may be milder than expected."

The results are counterintuitive, as the controversy in the media about the relevance of adopting lockdown measures reveals. This paper points to the importance of a feature that is usually overlooked in the analysis of how epidemics spread: how the heterogeneity of people's behaviors affects their ability to protect themselves from contagion.

2 Comments on "Are Two Phases of Quarantine Better Than One?"