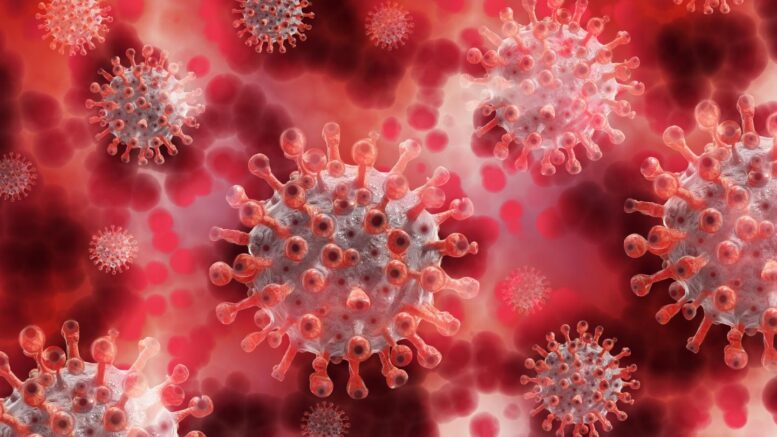 A blood test that quantifies the protein ACE2, the cellular protein which allows entry of the coronavirus into cells, as well as ACE2 fragments, produced as a result of interaction with the virus, could be a simple and effective method for monitoring SARS-CoV-2 infection, according to a study led by Javier Sáez-Valero, from the UMH-CSIC Neurosciences Institute in Alicante, published in FASEB Journal.

This study, carried out during the first wave of the pandemic, found that patients with COVID-19, in the acute phase of infection, have significantly reduced plasma levels of the full-length ACE2 protein, which SARS-CoV-2 binds to enter cells, compared to non-infected controls. In addition, the plasma levels of a lower molecular mass (70 kDa) ACE2 fragment, generated as a result of interaction with the virus, are increased.

These abnormal levels of ACE2 and truncated ACE2 (70 kDa fragment) return to normal after the patients' recovery. This suggests that both forms of ACE2 present in plasma could be used as a good biomarker of the evolution of coronavirus infection. In addition, truncated ACE2 levels served to discriminate between patients infected with SARS-CoV-2 and those infected with influenza A virus.

"In this work we have studied the plasma levels of the coronavirus receptor, the ACE2 protein, and we have been able to determine that there are different forms of the protein in plasma, and that part of the soluble ACE2 are proteolytic fragments of the ACE2 receptor, generated subsequently to interaction with the virus. The full-length protein is also found in plasma, which provides information about tissue affection during infection," explains Sáez-Valero, who led the study.

Although the main research line of Sáez-Valero's group is Alzheimer's Disease, the "similarities" of ACE2 to core proteins of Alzheimer's disease pathology, such as beta-amyloid precursor protein (APP), also cell membrane resident proteins, led this expert to think that perhaps ACE2 could be present in plasma, providing information on its interaction with the coronavirus.

"Our approach to this research line was the possibility that soluble ACE2 protein can serve as a read-out during infection with COVID-19. This hypothesis originates from our expertise in Alzheimer's disease. In this neurodegenerative disease we investigate proteins, such as APP, that are present in the cerebrospinal fluid. APP is also a membrane protein that is processed by the same molecular tools as ACE2, enzymes called secretases, which process several membrane proteins into different fragments. This phenomenon was the clue that led us to think that ACE2 protein fragments, but also the full-length protein, are present in plasma. Thus, we have the possibility of investigating this protein as a possible biomarker," explains Sáez-Valero.

Samples and patient data included in this study were provided by the ISABIAL Biobank, integrated in the Spanish National Biobank Network and the Valencian Biobank Network. Fifty-nine patients with a positive reverse transcription polymerase chain reaction (RT-PCR) test for SARS-CoV-2 in nasopharyngeal swabs were included, of whom 24 were women and 35 men, with a mean age of 64 years). All were hospitalized 7 to 9 days after symptom onset. Of these, 48 SARS-CoV-2 infected patients suffered a moderate presentation of COVID-19, and 11 were considered severe as they suffered respiratory failure requiring invasive mechanical ventilation and/or intensive care unit treatment.

Two additional groups were also analyzed, one of 17 participants (9 women and 8 men), which included people aged 34 to 85 years with influenza A virus pneumonia. The other group consisted of 26 disease-free controls (14 women and 12 men) aged 34-85 years. For the "influenza A group", samples were also taken in the acute phase, before specific hospital treatment.

The ACE2 species in human plasma were identified by immunoprecipitation and western blotting, a technique that allows the detection of a specific protein in a blood or tissue sample, where there is a complex mixture of forms of the protein. Until now, plasma analyses carried out for the coronavirus had mostly used another technique called ELISA, which does not allow the different forms of the proteins to be determined.

Changes in truncated and full-length ACE2 species were also examined in serum samples from humanized K18-hACE2 mice inoculated with a lethal dose of SARS-CoV-2. These humanized mice carry the human gene that produces the ACE2 protein, allowing SARS-CoV-2 infection, which does not occur naturally due to lack of recognition of murine ACE2 by the virus.

The alterations in the forms of ACE2 present in plasma following SARS-CoV-2 infection observed in this study justify, according to the researchers, further investigation of their potential as biomarkers of the disease process, and also for assessing the efficacy of vaccination. The next step will be to investigate what happens to these proteins in asymptomatic PCR-positive or vaccinated individuals.