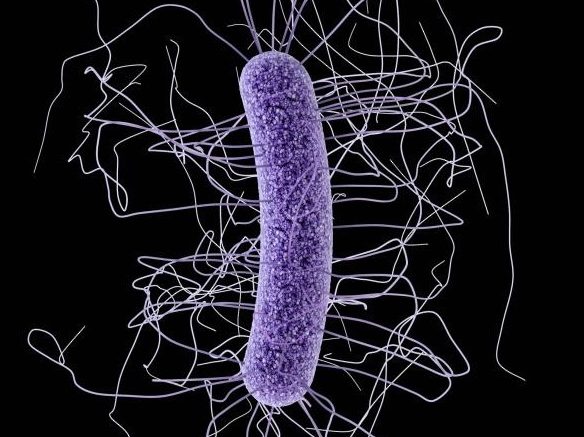 In a cruel twist, the bacterium Clostridioides difficile (C. diff) makes us bleed and then uses our blood to defend itself against us.

Vanderbilt University Medical Center scientists have identified a C. diff protein system that senses and captures heme (part of hemoglobin) to build a protective shield that fends off threats from our immune system and antibiotics. The findings, reported in the journal Cell Host & Microbe, reveal a unique mechanism for C. diff survival in the human gut and suggest novel strategies for weakening its defenses.

C. diff -- the most common cause of health care-associated infections in the United States -- causes diarrhea and inflammation of the colon (colitis). Individuals taking antibiotics, which disturb the protective gut microbiota, have increased risk for C. diff infection, and 20% of patients suffer recurrent C. diff infections despite treatment.

When C. diff colonizes the gut, it produces toxins that cause tissue damage and inflammation. Blood cells burst, releasing heme, the part of hemoglobin that binds iron and oxygen.

Eric Skaar, PhD, MPH, the Ernest W. Goodpasture Professor of Pathology, Microbiology and Immunology, and colleagues have studied how bacteria respond to heme, which is both a source of the nutrient iron and a reactive, toxic compound.

"Organisms that experience large amounts of heme have to have ways to deal with heme toxicity," said Skaar, director of the Vanderbilt Institute for Infection, Immunology and Inflammation (VI4). "We wanted to understand how C. diff deals with heme exposure."

The investigators demonstrated that C. diff exposed to heme increases expression of a protein system that had not been previously studied. They named the system HsmRA (heme sensing membrane proteins R and A) and showed that HsmR senses heme and deploys HsmA to capture it. They also found that the HsmRA system is genetically conserved in many bacterial species.

The binding of heme in the bacterial membrane by HsmA serves a protective purpose first by simply reducing the concentration of free heme, Skaar explained. The researchers also discovered that HsmA uses heme binding to protect C. diff from oxidative stress, including that produced by neutrophils and macrophages from our immune system to kill bacteria.

"C. diff is using cofactors from our own cells as a shield to protect against our innate immune response," Skaar said.

"Antibiotics have different molecular targets -- they may prevent cell wall synthesis; they may prevent protein translation -- but the net result of that stress on the cell is often the massive accumulation of oxidative stress that many believe to be a major contributor to why antibiotics kill bacteria," Skaar said.

The investigators studied whether the HsmRA system protected C. diff against antibiotics.

They also showed that C. diff strains with inactivated HsmR or HsmA had reduced colonization in a mouse model of relapse C. diff infection.

Skaar said it has not been clear why C. diff produces toxins that cause so much tissue damage.

"It's interesting to speculate that a benefit of toxin-related damage is that C. diff can capture liberated heme and use it as a shield to protect itself against various insults that cause oxidative stress -- that would be immune cells, antibiotics and potentially other bacteria."

The findings suggest that targeting the HsmA-heme shield might increase the sensitivity of C. diff to antibiotics such as vancomycin and metronidazole. It's not clear that HsmA, a membrane protein, will be a druggable target, Skaar said.

It might be possible, however, to deprive C. diff of heme building blocks by reducing tissue damage or by administering proteins that bind heme, he said. The researchers will explore whether they can increase the sensitivity of C. diff to antibiotics by co-administering a heme-binding protein during infection in an animal model.

"We're excited about this as a potentially powerful strategy for treating C. diff," Skaar said.

In other studies, the researchers will explore if the HsmRA system that is genetically conserved in many different organisms has the same functional role to protect against reactive oxygen species. They are also trying to understand the exact mechanism that HsmA-heme uses to detoxify oxidative stress.