Antibiotics have saved countless lives since they were introduced in the 1940s, curing infections and making procedures like chemotherapy and surgeries safer. But their effectiveness is waning. As bacteria evolve, many have become resistant to antibiotics. An estimated 1.27 million people died worldwide in 2019 from infections caused by drug-resistant bacteria, according to a landmark study published in The Lancet. It’s an estimated death toll that has nearly doubled in the past five years.

Since 2016, Boston University has been at the forefront of an international effort to combat antimicrobial resistance (AMR), leading CARB-X, a nonprofit partnership that channels funding and expertise to companies developing life-saving new antibiotics, vaccines, and rapid diagnostics.

Now, that work has been given a boost, with CARB-X receiving up to $370 million in additional funding. The Biomedical Advanced Research and Development Authority (BARDA), part of the US Department of Health and Human Services, will provide CARB-X up to $300 million over 10 years. Wellcome, a global charitable foundation that supports biomedical research, will provide up to $70 million over three years. Both were founding supporters of the initiative, contributing $355 million in its first six years.

“CARB-X’s mission and global public-private partnership is filling a critical gap to help stem the AMR crisis,” says BU president Robert A. Brown. “We are grateful for the support of BARDA and Wellcome as researchers accelerate the discovery of new antibiotic classes around the world.”

“Antibiotics are unlike other medicines. As bacteria evolve to become resistant, the problem keeps getting worse,” says Kevin Outterson, CARB-X founding executive director and a BU School of Law professor. “We have to run faster, just to avoid falling behind.”

For Outterson, the work is personal. When his granddaughter was born, the family’s initial joy was soon tempered when their new arrival developed an infection. When she struggled to breathe, she was transferred to Boston Children’s Hospital. “For days, we were preparing for her possible death,” says Outterson. After doctors prescribed a powerful course of antibiotics, her infection cleared. “We celebrated her fifth birthday this year. Today, she is a happy and fully healthy individual.”

Despite their importance—and in contrast to drugs that treat chronic conditions and make blockbuster profits for drug companies—antibiotics lose money. The pipeline of new antibiotics to treat resistant infections has been dwindling for years, even though demand continues to increase. With low sales volumes, small antibiotic companies have been filing for bankruptcy, and many large pharmaceutical companies have shuttered their anti-infective divisions. 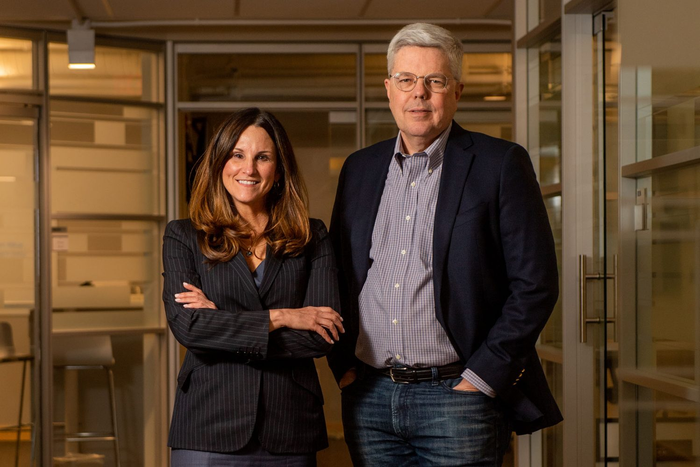 “We pay for antibiotics like any other technology,” says Outterson. But unlike the latest phones that consumers buy immediately, new antibiotics are reserved—doctors wait to prescribe them until older ones no longer work. “This is important for public health, because it helps to slow the spread of bacterial resistance. But it’s a disaster for companies,” says Outterson, who has spent much of his career researching business models and incentives for antibiotic development. And that’s where CARB-X comes in.

The partnership brings together leading scientists and biotech experts—many with experience at companies like AstraZeneca, Moderna, and Pfizer—to accelerate projects with the greatest potential to target the most dangerous bacteria. Since its founding six years ago, the organization has received 1,163 applications for support, awarding $361 million to 92 projects from 12 countries. In addition to the latest investment injection, CARB-X has been given more than $500 million in funding and in-kind services since its launch, winning backing from two other governments—the United Kingdom and Germany—and the Bill & Melinda Gates Foundation. The US National Institute of Allergy and Infectious Diseases, a founding partner, provides in-kind support with preclinical services.

“Early-stage research and development for antibiotics was stalled in 2016. Since our first investment in CARB-X, the initiative has successfully fostered innovation in this essential stage of development for antibiotics, vaccines, and diagnostics,” says Timothy Jinks, head, infectious disease interventions, at Wellcome. “We are proud to have been part of CARB-X’s journey to ensure promising products can make it to patients who need them.”

On average, it takes more than a decade and $1 billion to transform an idea for an antibiotic into a therapy for patients. Only 1 out of 45 early-stage antibacterial programs make it all the way to US Food and Drug Administration (FDA) approval. That’s why CARB-X invests in dozens upon dozens of early-stage projects.

“Most will fail. It’s just normal science,” says Outterson. “By supporting this many projects, it means that, in a decade, we will actually have some of these approved by the FDA and other drug regulatory authorities globally.”

A large number of the companies supported by CARB-X are university spinouts and most have fewer than 20 employees. Beyond funding, CARB-X matches them with a global network of experts who provide, at no cost to the firms, mentorship on all aspects of drug development—something rarely available to scientists outside of larger companies.

Many of the mentors were once in the shoes of the people they now support. Erin Duffy, CARB-X’s chief of research and development, helped build Melinta Therapeutics from the ground up. As the company’s chief scientific officer, she received CARB-X funding in 2018 to design and advance a completely new class of antibiotics. That was also the year Melinta launched its first antibiotic. But, facing poor sales, Melinta shut down its development programs less than a year after the product’s launch. Duffy spent her final days with the company finding a home for Melinta’s preclinical programs and helping her colleagues land new jobs; many left the antimicrobial field altogether.

Duffy was recruited by CARB-X to build its internal research and development team and help product developers with scientific and business strategies.

“Most of our companies are led by 5 to 20 people. They are skilled in the company’s foundational technology, but not necessarily drug discovery and development,” says Duffy. “We help them think through workflow, plan of attack, product profiles, approaches to regulators. Sometimes they’re trying to optimize a molecule, and get stuck. We can bring in a chemistry expert who will look objectively and ask, ‘What have you done? Have you thought about this?’”

Duffy gives the example of Amicrobe, a small California-based company that’s developing topical foams that prevent and treat serious surgical infections. Duffy paired Amicrobe with an expert who helped it prepare a dossier for its first meeting with the FDA. “Now, we’ve brought in a South African subject matter expert to help strategize how Amicrobe can provide their product to low- and middle-income countries,” Duffy says.

Since its founding, 11 projects—including antibiotics and preventatives—supported by CARB-X have progressed to first-in-human studies; more are on track to commence soon. Four diagnostic programs have advanced beyond product development. One of the earliest CARB-X product developers, Bugworks, is aiming to create an antibiotic that can be offered in both IV and oral forms, so patients can be treated outside of hospitals too. Based in India, where AMR rates are 20 times higher than in the U.S., Bugworks commenced its first-in-human studies this year.

“We also need to look at non-traditional approaches that offer alternative ways to attack AMR,” says Duffy, who points to another CARB-X backed company, SNIPR Biome, which is developing an engineered bacteriophage—a virus that destroys bacteria—targeting E. coli in the gut. This could prevent breakthrough infections for blood cancer patients, who are especially at risk of deadly infections. The Danish company recently started first-in-human studies.

“Alongside our CARB-X global partners, we are helping transform this research into preclinical and clinical candidates that, with potential support from BARDA and other late-stage funders, can be further developed into approved products that can help prevent and treat bacterial infections, and ultimately, save lives,” says Gary Disbrow, director of BARDA, which partners with industry to bring novel products to patients, and stockpiles antibiotics that can treat biothreat pathogens.

Among the first diagnostic developers to benefit from CARB-X is T2 Biosystems, based in Lexington, Mass. It’s created a device that can quickly identify 13 of the most serious superbugs. Common diagnostic tests require bacteria to be grown in culture, and usually take days to return results; while waiting, doctors often prescribe broad-spectrum antibiotics as a best guess. The T2Resistance Panel gives results within hours, so patients can be diagnosed and treated in the same day. Rapid results not only help save lives, but can also reduce the spread of resistance, since effective drugs can be prescribed immediately. The company recently contracted with BARDA to further advance its technology.

Although CARB-X’s efforts to foster research and development are beginning to pay off, says Outterson, he believes sustained innovation needs to be supported by policy reform that pays for value rather than volume. Members of Congress are developing bipartisan legislation, the PASTEUR Act, which would function for antibiotics like Netflix does for movies, charging a subscription fee regardless of how many shows customers watch. Without the pressure to sell a high volume of drugs, companies could recover their upfront expenses and be incentivized to continue developing new antibiotics, while physicians would maintain good stewardship practices to slow the spread of resistance.

“The best-informed estimate is that the world needs four breakthrough antibiotics every decade. The last new FDA-approved class of antibiotic against Gram-negative bacteria was discovered in 1962. I’m 59 years old. That’s my lifetime,” says Outterson. “More than 30 therapeutics in our portfolio qualify as a new class. If any one of these makes it through, that will be the biggest antibiotic news in more than sixty years.”