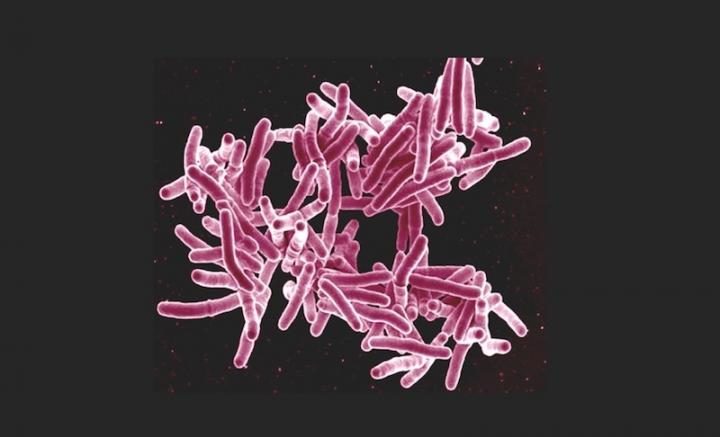 Compounds tested for their potential as antibiotics have demonstrated promising activity against one of the deadliest infectious diseases, tuberculosis (TB).

Researchers from the John Innes Centre evaluated two compounds with antibacterial properties, which had been produced by Redx Pharma as antibiotic candidates, particularly against TB.

TB, which is caused by the bacterium Mycobacterium tuberculosis, is often thought of as a disease of the past. But in recent years it has been increasing due, in part, to rising resistance to treatments and decreasing efficacy of vaccines.

One strategy in the search for new treatments is to find compounds that exploit well-known existing targets for drugs such as the bacterial enzyme DNA gyrase. This member of the DNA topoisomerase family of enzymes is required for bacterial DNA functionality, so compounds that inhibit its activity are much sought after as antibiotic candidates.

Using X-ray crystallography, the team elucidated the molecular details of the action of the compounds against their target.

Surprisingly, a very common mutation in DNA gyrase that causes bacteria to be resistant to a related group of antibiotics, the aminocoumarins, did not lead to resistance to the compounds under scrutiny here.

"We hope that companies and academic groups working to develop new antibiotics will find this study useful. It opens the way for further synthesis and investigation of compounds that interact with this target," says Professor Tony Maxwell one of the authors of the study which appears in the Journal of Antimicrobial Chemotherapy.

To date, efforts to develop new treatments for TB have been unsuccessful, with current treatments having been used for over 50 years.

World Health Organisation (WHO) figures reveal that each day over 4000 people die from TB and 300,000 people fall ill from the disease. Nearly 500,000 people fell ill with drug-resistant TB in 2018.

Professor Maxwell says: "Antimicrobial resistance (AMR) is now well-recognized as one of the biggest problems facing us in the in the 21st Century. If we don't find solutions to it soon, we could be looking at epidemics of bacterial disease going forward. People know about the bubonic plague and other such terrible pestilence through studying history but it's not overstating the case that bacterial diseases of this sort could reemerge if we do not have effective antibiotics. We must find a way of bringing together expertise from the academic and business sector towards decisive action."

The study appears in the Journal of Antimicrobial Chemotherapy.