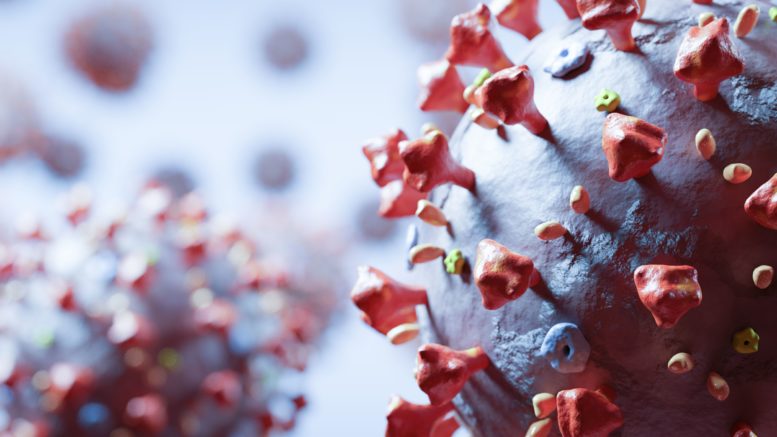 Infectious disease researchers at the University of Texas at Austin studying the novel coronavirus were able to identify how quickly the virus can spread, a factor that may help public health officials in their efforts at containment. They found that time between cases in a chain of transmission is less than a week and that more than 10 percent of patients are infected by somebody who has the virus but does not yet have symptoms.

In the paper in press with the journal Emerging Infectious Diseases, a team of scientists from the United States, France, China and Hong Kong were able to calculate what's called the serial interval of the virus. To measure serial interval, scientists look at the time it takes for symptoms to appear in two people with the virus: the person who infects another, and the infected second person.

Researchers found that the average serial interval for the novel coronavirus in China was approximately four days. This also is among the first studies to estimate the rate of asymptomatic transmission.

The speed of an epidemic depends on two things -- how many people each case infects and how long it takes cases to spread. The first quantity is called the reproduction number; the second is the serial interval. The short serial interval of COVID-19 means emerging outbreaks will grow quickly and could be difficult to stop, the researchers said.

"Ebola, with a serial interval of several weeks, is much easier to contain than influenza, with a serial interval of only a few days. Public health responders to Ebola outbreaks have much more time to identify and isolate cases before they infect others," said Lauren Ancel Meyers, a professor of integrative biology at UT Austin. "The data suggest that this coronavirus may spread like the flu. That means we need to move quickly and aggressively to curb the emerging threat."

Meyers and her team examined more than 450 infection case reports from 93 cities in China and found the strongest evidence yet that people without symptoms must be transmitting the virus, known as pre-symptomatic transmission. According to the paper, more than 1 in 10 infections were from people who had the virus but did not yet feel sick.

Previously, researchers had some uncertainty about asymptomatic transmission with the coronavirus. This new evidence could provide guidance to public health officials on how to contain the spread of the disease.

Meyers pointed out that with hundreds of new cases emerging around the world every day, the data may offer a different picture over time. Infection case reports are based on people's memories of where they went and whom they had contact with. If health officials move quickly to isolate patients, that may also skew the data.

"Our findings are corroborated by instances of silent transmission and rising case counts in hundreds of cities worldwide," Meyers said. "This tells us that COVID-19 outbreaks can be elusive and require extreme measures."

The research was funded by the U.S. National Institutes of Health and the National Natural Science Foundation of China.

2 Comments on "Coronavirus Spreads Quickly and Sometimes Before People Have Symptoms, Study Finds"