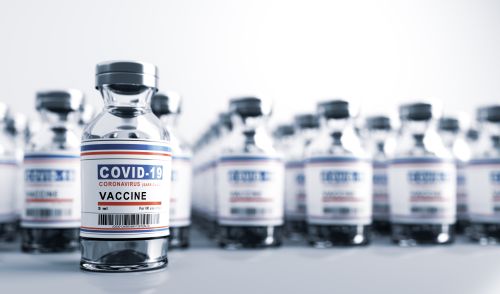 Half of those in the U.S. who are unwilling to be vaccinated against SARS-CoV-2 report that nothing will change their mind, according to a representative national survey reported in a study published in Scientific Reports.

Jeffrey Lazarus and colleagues surveyed 6,037 American adults in April 2021 to identify their attitudes toward vaccination against SARS-CoV-2. One-third of the participants came from across the U.S. and two thirds were from New York, Los Angeles, Dallas or Chicago.

The authors found that 21.4% of participants from across the USA were unwilling to be vaccinated against SARS-CoV-2, compared to 19.7% in Dallas, 11.5% in Los Angeles, 11.2% in Chicago and 10.1% in New York. Of those unwilling to be vaccinated, half stated that nothing would convince them to receive the vaccine and the majority reported that their unwillingness was caused by concerns about vaccine safety. Unwillingness to be vaccinated tended to be higher among those who worked outside of the home, held conservative political views, had a lower household income and had not previously tested positive for COVID-19. Education levels, race, age and sex were not uniformly associated with unwillingness to be vaccinated. Although more than 82% of participants agreed that COVID-19 is a dangerous health threat, over 18% did not believe that the dangers of COVID-19 exceeded those of the vaccine and more than 15% did not believe that COVID-19 can be prevented by vaccination. Over 50% of participants were in favor of the government requiring vaccination against SARS-CoV-2 and more than 68% supported vaccination requirements for international travel.

The findings suggest that, while vaccination mandates are likely to be broadly accepted, additional, targeted interventions are needed to increase SARS-CoV-2 vaccine uptake among those with conservative political views and low household income.