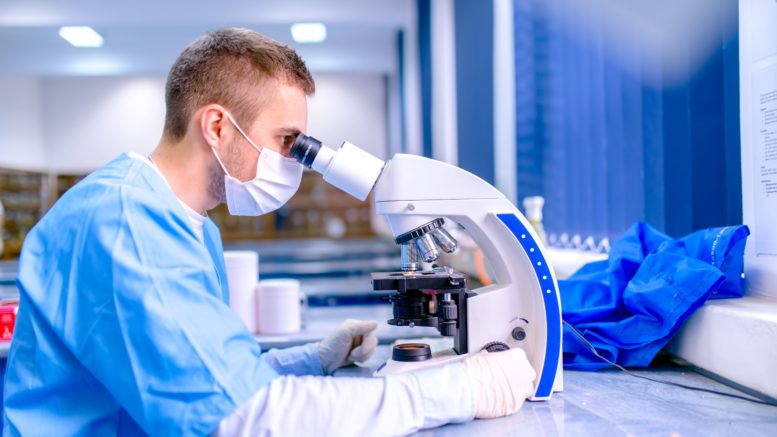 Transferring fecal matter from the digestive systems of healthy donors to extremely ill patients who had previously been infected with drug-resistant bacteria resulted in shorter hospital stays, fewer bloodstream infections and infections that were easier to treat, according to research that was selected for presentation at Digestive Disease Week® (DDW) 2020. DDW® data will be published in the May online supplements to Gastroenterology and GIE: Gastrointestinal Endoscopy.

The study's researchers conducted the transfer, known as fecal microbial transplantation or FMT, in 20 patients infected during extensive medical care with multi-drug resistant organisms, including carbapenemase-producing Enterobacteriaceae (such as Escherichia coli), vancomycin-resistant enterococci or extended-spectrum beta-lactamase Enterobacteriaceae. Patients were followed for six months after the transplantation and their clinical course compared with six months prior to FMT.

While the resistant bacteria were cleared in only 41 percent of the 17 patients who completed the full follow-up, researchers found other benefits to the patients, who had been repeatedly hospitalized and treated for a variety of severe conditions. The sample included hematological cancer patients in need of stem-cell transplants and kidney transplant patients with urinary and bloodstream infections with bacteria that were multi-drug resistant.

"Many of these patients have had recurrent, prolonged courses of heavy-duty antibiotics, end-of-the-line treatments with high toxicity profiles, and repeated hospital stays. They had given up work or had family members forced to give up work to care for them -- having a huge impact on quality of life," said Benjamin Mullish, MD, a lead researcher and clinical lecturer in the Division of Digestive Diseases, Imperial College London, England. "After this experimental treatment, we saw many in this group being able to go back to work, play with their grandkids and have an overall much better quality of life."

Previous research has found that FMT is effective in treating C. difficile, a difficult-to-treat health care-associated infection that often causes severe diarrhea in hospitalized patients. For this study, researchers wanted to know whether FMT could help decolonize, or remove from the patients' bodies, multi-drug resistant bacteria that have developed resistance to more than one type of antibiotic. Multi-drug resistant organisms require broader-acting last-resort treatments that can have severe side-effects. Researchers also wanted to know if FMT could impact other clinical outcomes like length of hospital stay, readmissions and development of bloodstream infections.

Across all patients, there was a reduction in bloodstream infections with resistant organisms and total bloodstream infections. Eight patients improved to a point where they were able to undergo stem-cell transplants within six months after FMT. No serious adverse events related to FMT were reported.

The results suggest that the benefits of FMT may not be only from decolonizing resistant organisms, but there may be positive impacts from other microbiota-related mechanisms that require additional study.

A limitation of the study is that instead of a using a control group, researchers compared patients' conditions before and after treatment, but results were dramatic enough in these very sick patients to warrant additional research.

3 Comments on "Fecal Transplantation Improves Outcomes in Patients With MDROs"