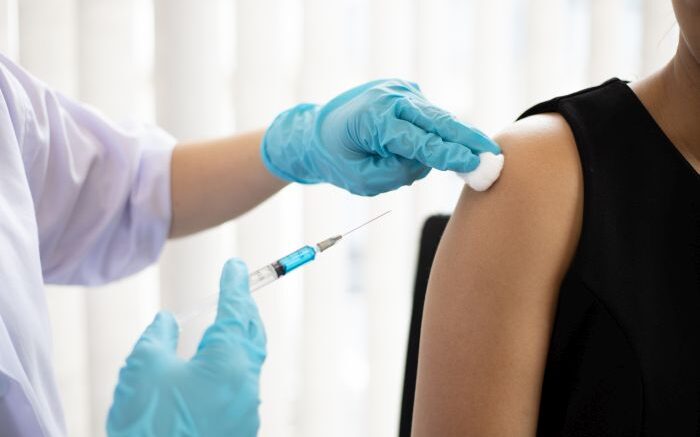 Cash transfers had limited outcomes for increasing vaccination efforts among adults, according to research led by Columbia University Mailman School of Public Health and the University of the Witwatersrand, Johannesburg (Wits). The impact of lottery programs also was limited, and there was no evidence that other non-cash incentives for COVID-19 or other adult vaccines improved vaccination coverage. The findings were published online in the journal Vaccine X.

Incentives aimed at individuals to encourage them to get vaccinated included direct cash transfers, lottery tickets, and non-financial incentives, such as food, appliances, and marijuana. In New York City, residents were offered a range of items – from a $100 pre-paid debit card, to free amusement park tickets, to a trip to the Statue of Liberty.

“While we found evidence of cash transfers increasing both the coverage and intention to be vaccinated, very few studies considered these effects at a population level and the ones that did found that the improvements were limited to a few percentage points in vaccination coverage,” said Nina Schwalbe, an adjunct assistant professor in the Heilbrunn Department of Population and Family Health at Columbia Mailman School of Public Health.

The researchers conducted a review using MEDLINE, PubMed, and Cochrane databases of peer-reviewed articles published between January 1, 2012 and February 9, 2022. The initial search yielded 617 articles. After title and abstract screening, we conducted a full-text appraisal of 110 articles, excluded duplicates, and identified 26 articles that met our inclusion criteria, with a majority of studies from the U.S.

The effects of lottery programs ranged from none to a slightly over 2 percent increase in coverage, and no evidence was identified for positive effects of other non-cash incentives for COVID-19 or other adult vaccines.

“Of note, for all vaccines, incentives were found to be more effective for the first dose than the second dose,” said Schwalbe, who also a doctoral candidate at Wits. “Even more surprising, there was no evidence presented in any of the studies on the extent to which incentives serve to address the concerns of those who are hesitant or even increase uptake among this specific subset of the population.”

The authors note that some studies raise ethical concerns that financial incentives for vaccination could be construed as coercive, and that in politically-divided contexts, government-promoted incentives might generate a backlash among those who are already hesitant, heightening suspicion of vaccination programs. “This is an important concern to bear in mind and plan for,” observed Schwalbe.

In 18 months, eleven COVID-19 vaccines are now authorized for use by the World Health Organization, and more than 66 percent of the world’s population has received at least one vaccine dose. “While COVID-19 vaccines are available and affordable in most countries, accessibility is an ongoing challenge in many areas of the world.” The WHO classified vaccine hesitancy as among the ten biggest global health threats in 2019.

“We found it remarkable how many governments, states, and cities offered incentives to increase vaccination coverage and did not embark on any type of implementation research to evaluate program effectiveness, “said Schwalbe. “And while we found evidence that some programs work, no researchers took it further to understand why or for whom incentives resulted in positive effects.”