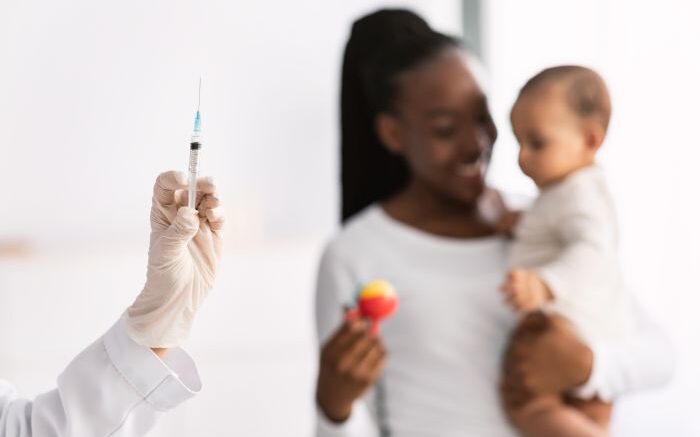 Nirsevimab showed 74.5 percent efficacy against medically attended lower respiratory tract infections caused by respiratory syncytial virus (RSV) in healthy infants, according to an international, randomized, placebo-controlled Phase 3 clinical trial. It is the first potential immunization against RSV in the general infant population, with a single dose providing safe protection across the entire RSV season. Results were published in The New England Journal of Medicine.

“These exciting data show that nirsevimab has the potential to offer RSV protection for all infants, which would be a paradigm shift in the approach to this disease,” said site Principal Investigator and co-author William Muller, MD, PhD, scientific director of clinical and community trials at Stanley Manne Children's Research Institute at Ann & Robert H. Lurie Children’s Hospital of Chicago, and associate professor of pediatrics at Northwestern University Feinberg School of Medicine.

RSV is a common, contagious virus that causes seasonal epidemics of lower respiratory tract infections, leading to bronchiolitis and pneumonia in infants. It is also a leading cause of hospitalizations in all infants.

Nirsevimab is an investigational long-acting monoclonal antibody, being developed by AstraZeneca and Sanofi, designed to protect all infants through their first RSV season with a single dose. Monoclonal antibodies do not require the activation of the immune system to help offer rapid and direct protection against disease.

Currently, the only available preventative option for RSV is palivizumab, which is limited to high-risk infants and provides one-month protection, requiring five injections to cover an RSV season.

A separate Phase 2/3 trial, also published in the New England Journal of Medicine, which evaluated the safety of nirsevimab in infants with congenital heart disease, chronic lung disease and prematurity entering their first RSV season, demonstrated that nirsevimab had a similar safety and tolerability profile compared to palivizumab. Results in this population of infants indicated similar protection against RSV to that in the healthy term and late preterm infants.

“We know that RSV has seen a resurgence with the easing of COVID-19 public health measures. This shows us a broad immunization approach is needed to help mitigate the substantial global burden RSV places on infants, their families and healthcare services," said Muller.