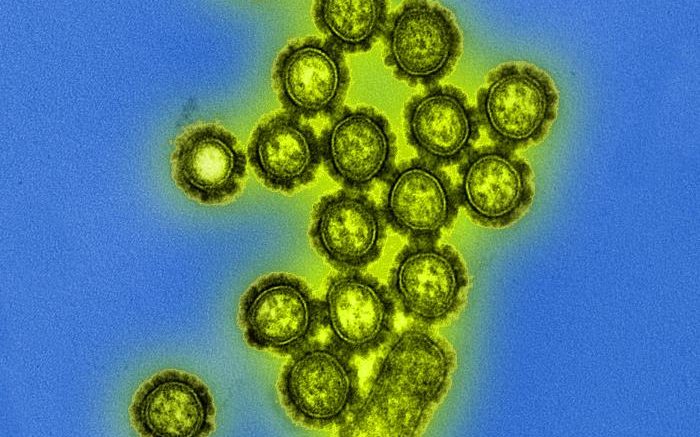 Early infections of influenza A can help predict how the virus will affect people across different ages in the future and could impact the effectiveness of flu vaccines, says a new study published today in eLife.

The findings may help improve estimates of both the age-specific risk of acquiring seasonal influenza infections and vaccine effectiveness in similarly vaccinated populations.

Seasonal influenza is an acute respiratory infection caused by influenza viruses that occur across the world. It causes approximately 100,000-600,000 hospitalizations and 5,000-27,000 deaths per year in the US alone. There are three types of seasonal influenza viruses in humans: A, B and C, although C is much less common. Influenza A viruses are further classified into subtypes, with the A(H1N1) and A(H3N2) subtypes currently circulating in humans. A(H1N1) is also written as A(H1N1)pdm09 as it caused the 2009 pandemic and replaced the A(H1N1) virus which had circulated before that year.

The rapid evolution of seasonal influenza that allows it to escape preexisting immunity adds to the relatively high incidence of infections, including in previously infected older children and adults. But how susceptibility arises and changes over time in human populations has been difficult to quantify.

"Since the risk of influenza infection in a given age group changes over time, factors other than age may affect our susceptibility to infection," says first author Philip Arevalo, a postdoctoral researcher in senior author Sarah Cobey's lab, Department of Ecology and Evolution, University of Chicago. "We wanted to see whether these differences can be explained in part by the protection gained from childhood flu infection, which has lasting impacts on the immune response to future infections and the protection against new influenza A subtypes."

To measure the effect of early exposures to seasonal influenza on risk and vaccine effectiveness, Arevalo and his team applied statistical models to flu cases identified through seasonal studies of vaccine effectiveness from the 2007-2008 to 2017-2018 seasons in the Marshfield Epidemiologic Study Area (MESA) in Marshfield, Wisconsin, US. Each flu season, individuals in a defined community group were recruited and tested for flu when seeking outpatient care for acute respiratory infection. Those eligible for the study were individuals older than six months of age living in MESA and who received routine care from the Marshfield Clinic.

Despite the extensive evolution in influenza A subtypes H1N1 and H3N2 over the study period, the team's model showed that early infection reduces the risk of people needing to seek medical attention for infections with the same subtype later in life. This effect is stronger for H1N1 compared to H3N2. The model also revealed that the effectiveness of flu vaccines varies with both age and birth year, suggesting that this effectiveness also depends on early exposure.

"We hope the findings from our study will improve our understanding of influenza epidemiology and the low and variable effectiveness of the seasonal flu vaccine," concludes senior author Sarah Cobey, principal investigator at the Department of Ecology and Evolution, University of Chicago. "This would lead to better forecasting and vaccination strategies to help combat future flu seasons."