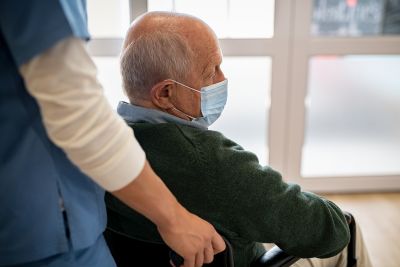 Studies have suggested that sequence variants in the genome of SARS-CoV-2 may affect infectivity, transmission, and pathogenicity of the virus. In this study by Abdalhamid, et al. (2021), genome analysis was performed on SARS-CoV-2 RNA recovered from seven individuals in a long-term care facility who were asymptomatic at time of screening.

After contact with a healthcare worker positive for SARS-CoV-2, 20 female residents in a long-term care facility were screened for SARS-CoV-2 symptoms and a nasopharyngeal swab was collected. At the time of screening, all the residents were asymptomatic with seven subsequently identified as positive for SARS-CoV-2 by a commercial polymerase chain reaction (PCR) assay. A second specimen was collected from all seven individuals, deidentified, and retested using the Centers for Disease Control and Prevention nCOV PCR assay. Whole genome sequencing (WGS) was performed using the MinION platform. After uploading consensus genomes to the GISAID database, Nextclade version 0.9.0 was used for quality checks and data analysis. Data analysis was performed from September to December 2020.

The seven asymptomatic female individuals with PCR positive results, whose ages ranged from 75 to 92 years, had PCR cycle threshold values that ranged from 17 to 27, reflecting high viral loads. During the 30 days following confirmation of COVID-19 infection, 5 individuals remained asymptomatic while 2 individuals developed lethargy and cognitive decline with no respiratory symptoms and both died after 2- and 4-weeks, respectively. The study group had less than 3 nucleotide substitutions among strains but 13 to 15 substitutions when compared with Wuhan-Hu-1 reference strain (GenBank NC045512), grouping them into clade 20C. The S:D614G variant within the spike (S) protein was present in all 7 genomes. The other variants resulted in 7 or 8 amino acid (AA) differences at the protein level. Two of the nonconserved amino acid changes were estimated to have structural changes in the S protein (S:K854N) or the nonstructural open reading frame 9b (ORF9b:N36Y) with potential association with changes in protein function.