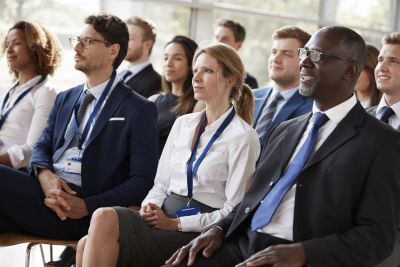 ARS-CoV-2 was introduced to the Boston area many times in early 2020, according to a new analysis of virus genomes, but only a small number of importations - including one related to an international business conference - led to most cases there. Because viruses circulating at the conference happened to be marked by distinct genomic signatures, the study's authors were able to track its downstream effects far beyond the superspreading event itself.

Their work "provides powerful evidence of the importance of superspreading events in shaping the course of this pandemic," they write. As the COVID-19 pandemic continues, countries around the world seek to improve their control of the spread of the virus. A better understanding of transmission dynamics - including superspreading events - could help.

Jacob Lemieux and colleagues used genomic epidemiology to investigate the introduction and spread of SARS-CoV-2 in the Boston, Massachusetts area. Data came from nearly all confirmed early cases in the Boston area, as well as putative superspreading events involving an international conference held locally from February 26 - 27 and from close-quarters living environments. Using SARS-CoV-2-positive samples collected in the state from March to May 2020, they generated 778 complete virus genomes and reconstructed phylogenetic relationships among them.

Using ancestral trait inference, they identified 122 putative importation events into Massachusetts, from four continents. Through further analysis, they confirmed two presumed superspreading events in the Boston area, including at the business conference and at a skilled nursing facility. One variant associated with the conference spread extensively through Boston, the analysis shows. It began to appear in multiple other US states by March, and by November, viruses containing this variant could be found in 29 states. The cluster of cases that proved to be a superspreading event at the skilled nursing facility led to significant mortality in the vulnerable population, but little broader spread, the authors report.

The study "illustrates the role of chance in the trajectory of an epidemic," say the authors. "[A] single introduction had an outsized effect on subsequent transmission because it was amplified by superspreading in a highly mobile population very early in the outbreak," they say. By contrast, other early introductions led to very little onward transmission. The authors conclude: "This study provides clear evidence that superspreading events may profoundly alter the course of an epidemic and implies that prevention, detection and mitigation of such events should be priority for public health efforts."