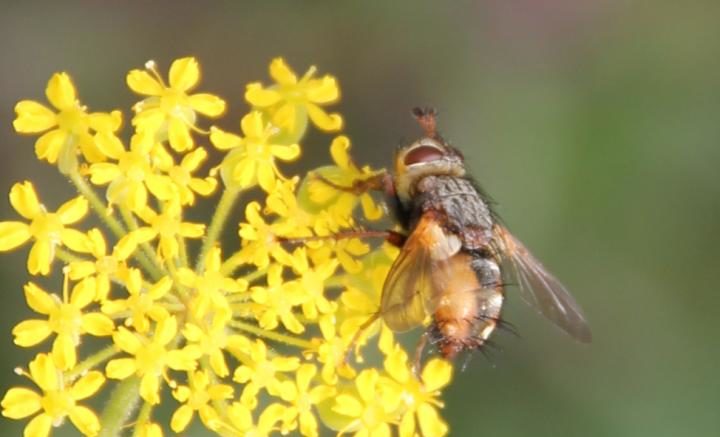 In a current study, scientists discovered hundreds of new viruses in insects. Courtesy of Paraskevopoulou/Charité

New viruses which cause diseases often come from animals. Well-known examples of this are the Zika virus transmitted by mosquitoes, bird flu viruses, as well as the MERS virus which is associated with camels. In order to identify new viral diseases quickly and prevent possible epidemics, DZIF scientists at Charité - Universitätsmedizin Berlin are targeting their search at viruses in animals. In a current study, they have now discovered hundreds of novel viruses in insects. The results have been published in PLOS Pathogens.

"Every new virus we find could be a cause of illnesses that was previously unknown, both in humans and in livestock," explains Dr. Christian Drosten, director of the Institute of Virology on Campus Charité Mitte. The scientist is a specialist for virus discovery and diagnostics at the German Center for Infection Research (DZIF). For example, his team has defined the international standard approach for diagnosing MERS. He is currently focusing on rare virus diagnoses using new sequencing techniques. "The more viruses we identify and add to our database, the easier it is for us to recognize the cause of new and unusual illnesses," says Drosten.

In the current study, the research team has made use of the largest international transcriptome database on insects, a kind of catalog of gene activity, and investigated the data it contains with regard to virus genomes. Whilst scientists have previously concentrated on mosquitoes and other blood-feeding insects, this study includes all groups of insects. Viruses with negative strand RNA genomes have been systematically investigated. This group of RNA viruses includes important pathogenic viruses; these cause Ebola and measles, as well as rabies and lung infections.

In a total of 1.243 insect species, the researchers discovered viruses that can be classified in at least 20 new genera. "This is probably the largest sample of animals ever screened for new viruses," says Drosten. The working group has already added the new insect viruses to its search databases. With the help of these data, it will now be possible to investigate cases of rare and unusual illnesses in humans. This includes patients who display all the symptoms of a viral infection, however no virus can be identified in the case in question. "In such cases, we use high-throughput sequencing methods to search for all the viruses present in the patient," explains the virologist. "If the patient has a virus, we will find it, provided it is in our database or has similarities with a virus in our database." The chances of the search being successful will increase thanks to the addition of the new insect viruses.

As part of the DZIF project "Virus detection and preparedness", the scientists at Charité will continue to focus on anticipating and detecting future viral threats.

1 Comment on "Hundreds of Novel Viruses Discovered in Insects"