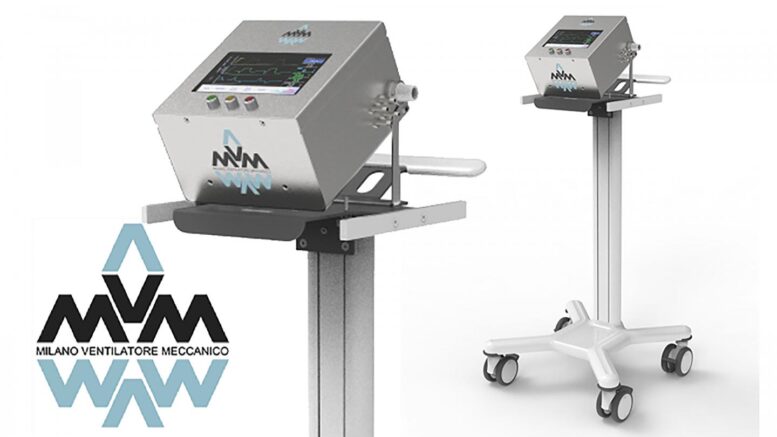 The Mechanical Ventilator Milano, developed by an international, interdisciplinary team, is inexpensive and simple to manufacture, and has received authorization from U.S. and Canadian agencies. Courtesy of MVM Collaboration

Scientists have been working for the past year to find ways to curb the effects of the COVID-19 pandemic. Though it is outside their typical realm of study, physicists have been playing an important role in many aspects of research about the pandemic and its impact on people.

Particle physicists' keen understanding of gas handling systems positioned them at the forefront for pioneering low-cost, mass-producible ventilators to help address the worldwide shortage. Led by Cristian Galbiati, professor of physics at Princeton University and the Gran Sasso Science Institute, an international, interdisciplinary team called the Mechanical Ventilator Milano (MVM) collaboration spearheaded one effort and presents the design in the journal Physics of Fluids.

The project began in March 2020, shortly after Italy went into lockdown. Only one week later, the MVM collaboration had a working prototype.

The ventilator consists of a gas inlet valve and a gas outlet valve, along with a series of controls and alarms to ensure proper monitoring and customizability from patient to patient. The design is built from readily available parts and is presented under an open license, allowing developing countries to quickly and easily manufacture their own units.

Because the MVM is developed specifically for COVID-19 patients, it has reduced functionality compared to typical ventilators. This simpler design cuts the cost of production up to fivefold to under $10,000 per unit.

"This pandemic comes upon us, and you feel somewhat helpless as someone who isn't a medical physicist," said physics Nobel laureate Arthur McDonald, at Queen's University and a co-author on the paper. "Our collaboration of particle physicists, engineers, and software specialists from national labs, academia, and industry have applied their existing talents to create a new, accessible design and to provide a new manufacturing capability internationally to address the most serious cases during the pandemic."

"For a scientist committed to fundamental research, such as the search for the dark matter of the universe, it is extremely important to devote time and experience to build devices that can help to improve people's health," said Walter Bonivento, a senior scientist at INFN Cagliari and co-author on the paper.

The MVM has already received emergency use authorization from the U.S. Food and Drug Administration and received Health Canada Medical Device Directorate authorization. About 6,000 units have been delivered to date under a contract from the Canadian government for its stockpile, with the potential for more, if requested. Donations from Canada to developing countries in need have also been considered from the beginning of the contract award.